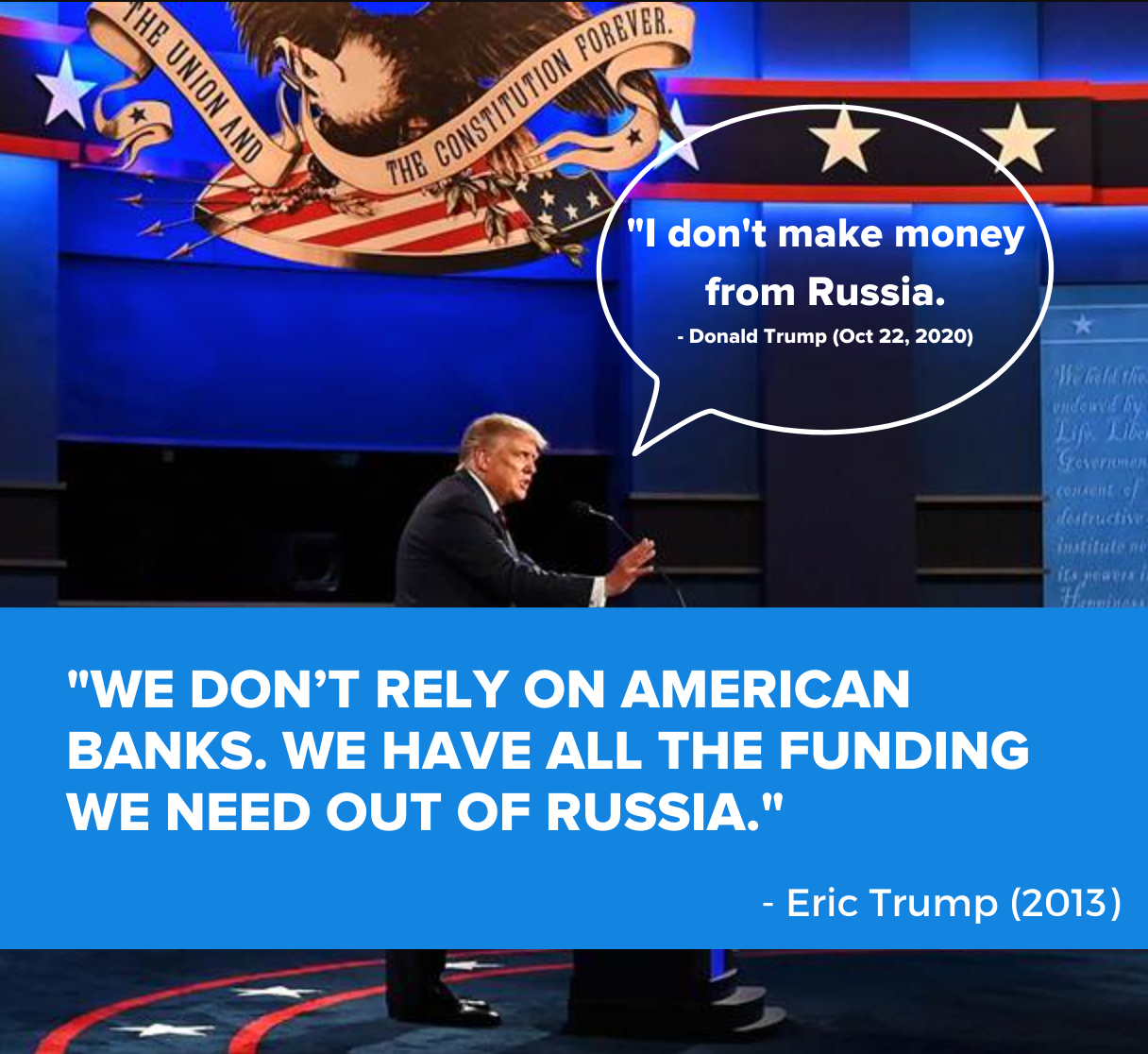 Golf writer, James Dodson was spending an afternoon with Donald and Eric Trump at Trump National Golf Club Charlotte in North Carolina. Donald Trump was a fan of James Dodson and had invited him to the club.

It was 2013, banks were still weary from the recession, and backing risky projects like golf courses was not something U.S. banks were interested in. James Dodson had heard Donald Trump talk about having access to “$100 Million.”

Dodson, in an interview in 2017 with WBUR recalled, “So when I got in the cart with Eric, as we were setting off, I said, ‘Eric, who’s funding? I know no banks — because of the recession, the Great Recession — have touched a golf course. You know, no one’s funding any kind of golf construction. It’s dead in the water the last four or five years.’ And this is what he said. He said, ‘Well, we don’t rely on American banks. We have all the funding we need out of Russia.’ I said, ‘Really?’ And he said, ‘Oh, yeah. We’ve got some guys that really, really love golf, and they’re really invested in our programs. We just go there all the time.’ Now that was [a little more than] three years ago, so it was pretty interesting.”

If Russian money was backing the development of Trump golf courses, it’s more than disingenuous for Trump to say “I don’t make money from Russia.”

“He [Eric Trump] said, ‘Well, we don’t rely on American banks. We have all the funding we need out of Russia.'”

Full debate from October 22, 2020, between Donald Trump and Joe Biden.