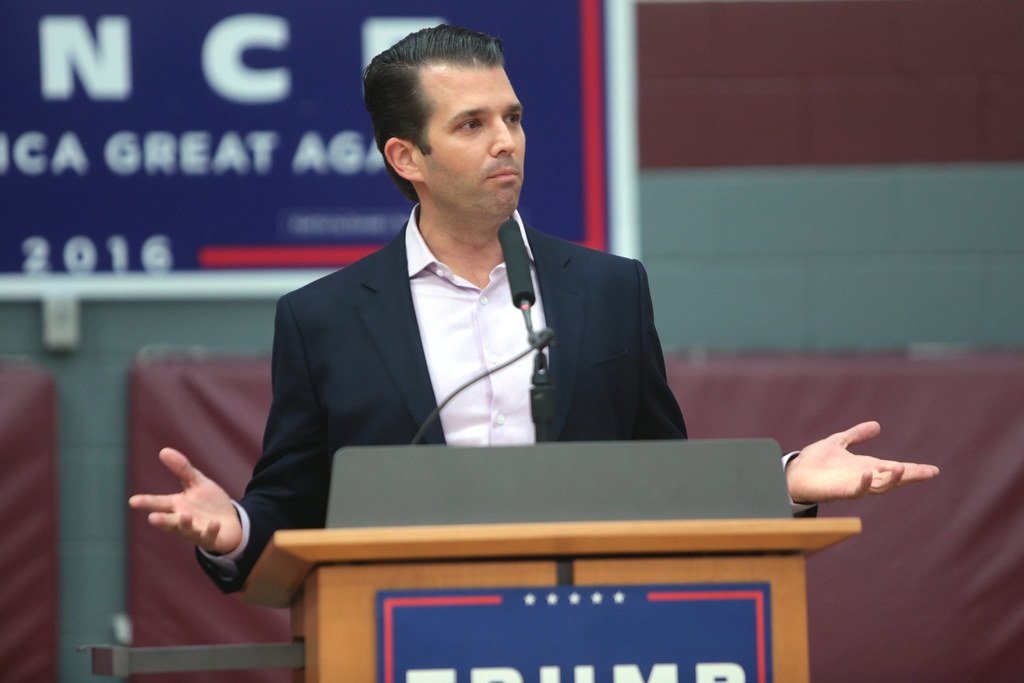 While tabloid readers are pointing fingers at Hunter Biden based on Rudy Giuliani’s latest botched disinformation campaign, they are ignoring the fact that Donald Trump and his kids have been capitalizing on his presidency since day one.

Citizens for Ethics reported, “During a sales trip to India in February 2018, Donald Trump Jr., along with Trump Organization partners there, offered early buyers of Trump-branded condo units in New Delhi a controversial incentive: access to the American president’s eldest son during a private New York reception.”

Just over a week after the pay-for-access party, President Trump met with Indian Prime Minister Narendra Modi to “discuss relations between the United States and India.”

Prospective buyers of luxury apartments in the new Trump Towers project outside India’s capital are being lured with an unusual promise: If you buy a flat, we will fly you to the United States to meet Donald Trump Jr.

Donald Trump Jr.’s involvement in the Trump Organization’s foreign business interests has raised ethical alarms before, with some observers fearing that Trump Jr. could be used by the Trump Organization’s customers as a conduit to his father. Prior to his visit to India, ads for the new Trump Tower project linked the building’s $38,000 booking fee to an opportunity to “join Mr. Donald Trump Jr. for a conversation and dinner.” During the same trip, Trump Jr. was originally slated to deliver a speech on foreign policy at a conference in New Delhi, highlighting the inherently political undertones of his visit.