“Black Guys Counting My Money! I hate it.” – Donald Trump 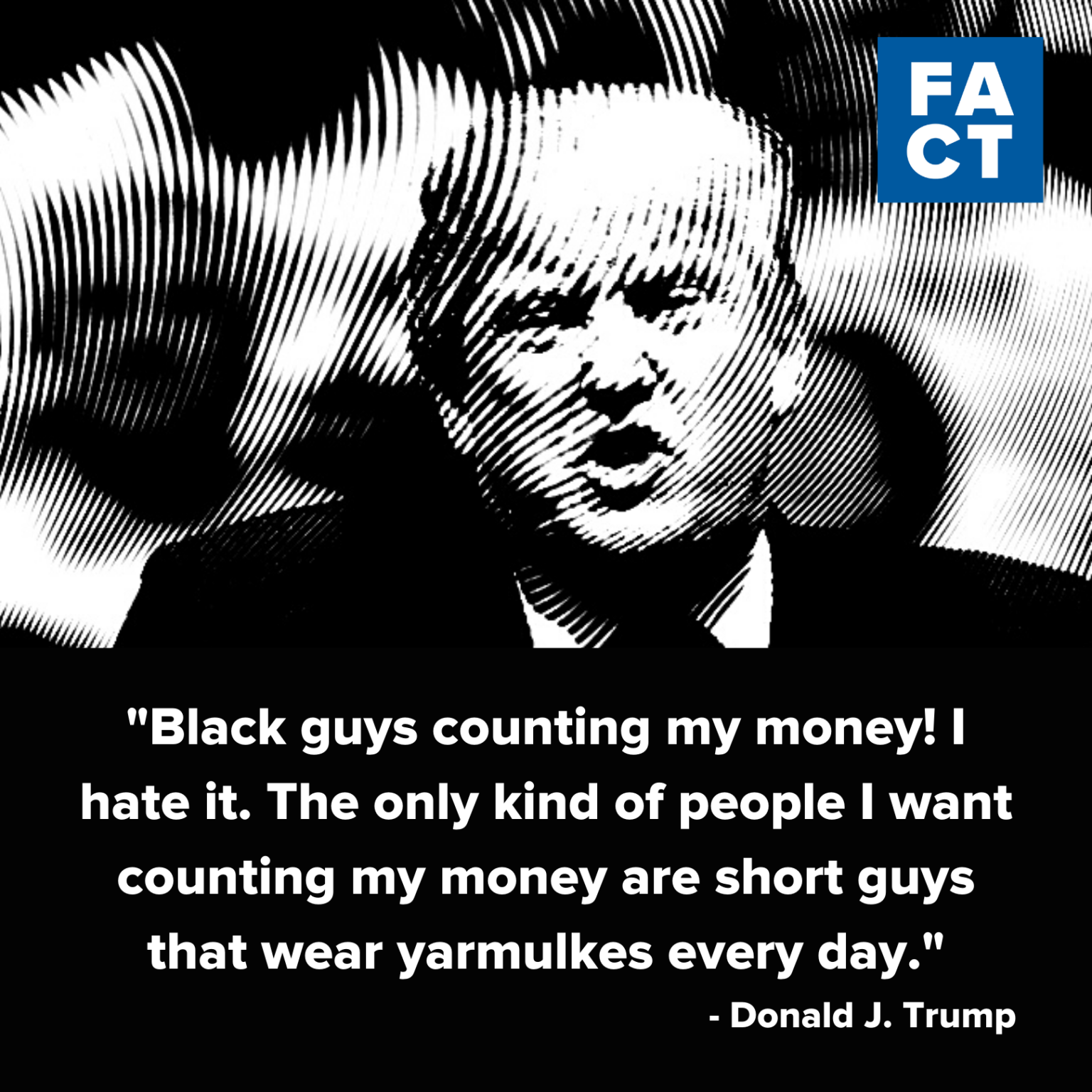 According to the former President of Trump Plaza Hotel and Casino, Donald Trump said he hated “black guys counting” his money, and “laziness is a trait in blacks. It really is. I believe that.”

In the 1990s, John O’Donnell, the former president of Trump Plaza Hotel and Casino, wrote a book about his time working with Donald  Trump. O’Donnell reported that Trump frequently denigrated African Americans. He specifically remembers Trump saying of his accountants:

“I’ve got black accountants at Trump Castle and Trump Plaza. Black guys counting my money! I hate it. The only kind of people I want counting my money are short guys that wear yarmulkes every day.”

“I think the guy is lazy. And it’s probably not his fault because laziness is a trait in blacks. It really is. I believe that.”

In a Playboy article published May 1, 1997, Trump was talking about John O’Donnell’s book and said, “Nobody has had worse things written about them than me,” Trump says. “And here I am. The stuff O’Donnell wrote about me is probably true.” “I was disappointed, for sure, and I do remember shaking my head going, “Wow, that was Donald Trump,” because I had a great comparison in terms of a real operator. I had just come from Wynn, and for the hundreds if not thousands of times that I spent talking to Steve Wynn, I learned something from him every single time I was with him. So it was disappointing, that first meeting.”

That is Donald Trump. He thinks that Blacks are lazy and that they can’t help it because it is one of their traits. Trump didn’t deny it.  He later admitted:`The stuff O’Donnell wrote about me is probably true.” DONALD TRUMP; Congressional Record Vol. 162, No. 145

“The stuff O’Donnell wrote about me is probably true.” – Donald Trump