Simply put, a fact is something that is true. Something actually happened. Something actually exists. Words were actually spoken. The action was or was not actually taken. If there was a camera that was recording every second of every day and every word spoken, you could rewind that video and verify the actuality of the event. That would be a fact.

While we don't have a record of every single event, what we do have is a free press. Thousands of reporters and citizen journalists are out there capturing and recording events each day. It is with this reporting that we can separate fact from fiction. Let's talk about our methodology on what makes a story fact or fiction.

What if I disagree with your facts? Expand

If you see a fact, corroborate the claim, check our sources, and still disagree with it, that's called an opinion. Don't worry, opinions are perfectly normal and they happen to everybody at some point in their life. Just remember, not liking a fact doesn't make it untrue.

Is FactPAC associated with any other organization(s)? Expand

No. FactPAC is an unconnected political action committee that has no affiliation with any other organizations or campaigns. We are donor supported and volunteer run so please consider donating here.

With less than 2 months before the election, we are fielding thousands of facts to produce hundreds of campaigns. Unfortunately, we can't take recommendations. But share your facts with your friends and family on social media and spread the truth!

How can I support FactPAC's mission? Expand

There are two easy ways to support our mission of spreading facts, not lies.

Caught in a lie on day 2 and every day thereafter.

In his speech, he claimed that he saw what "looked like a million-and-a-half people” and said the crowds “went all the way back to the Washington Monument.” He then reveled in the fact that he caught the media in a big lie.

It wasn't the media caught in a lie but he doubled down and deployed Press Secretary Sean Spicer to give a press conference where he declared that "This was the largest audience to ever witness an inauguration — period — both in person and around the globe."

Sean Spicer based this statement on a series of numbers that you can read here. The truth? It wasn't even close to the biggest and that was easily proven by live webcams.

Kellyanne Conway defended Spicer's numbers as "alternative facts" and the Trump Administration has been lying to you every day since.

FACT: Donald Trump's inauguration crowd size was nowhere near the biggest in history.

BONUS FACT: "A government photographer edited official pictures of Donald Trump’s inauguration to make the crowd appear bigger following a personal intervention from the president," according to documents acquired by The Guardian under the Freedom of Information Act.

A reputable publication is one who's reporting upholds journalistic ethics and standards. Ethical journalism quotes sources and is willing to print a retraction if they make a mistake.

If a journalist is reporting that one person is claiming something but they have not checked that claim through corroborating evidence, we can't verify it as a fact.

If a reporter makes a claim that has serious consequences or relates to a matter of great importance, other news networks and journalists will review their claim and attempt to corroborate or disprove the story using their own sources.

A video, audio, or image recording that has not been edited.

The FactPAC team has professional media developers that review the integrity of evidence. We also rely on third party sources to determine if the evidence is credible. 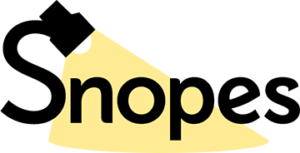