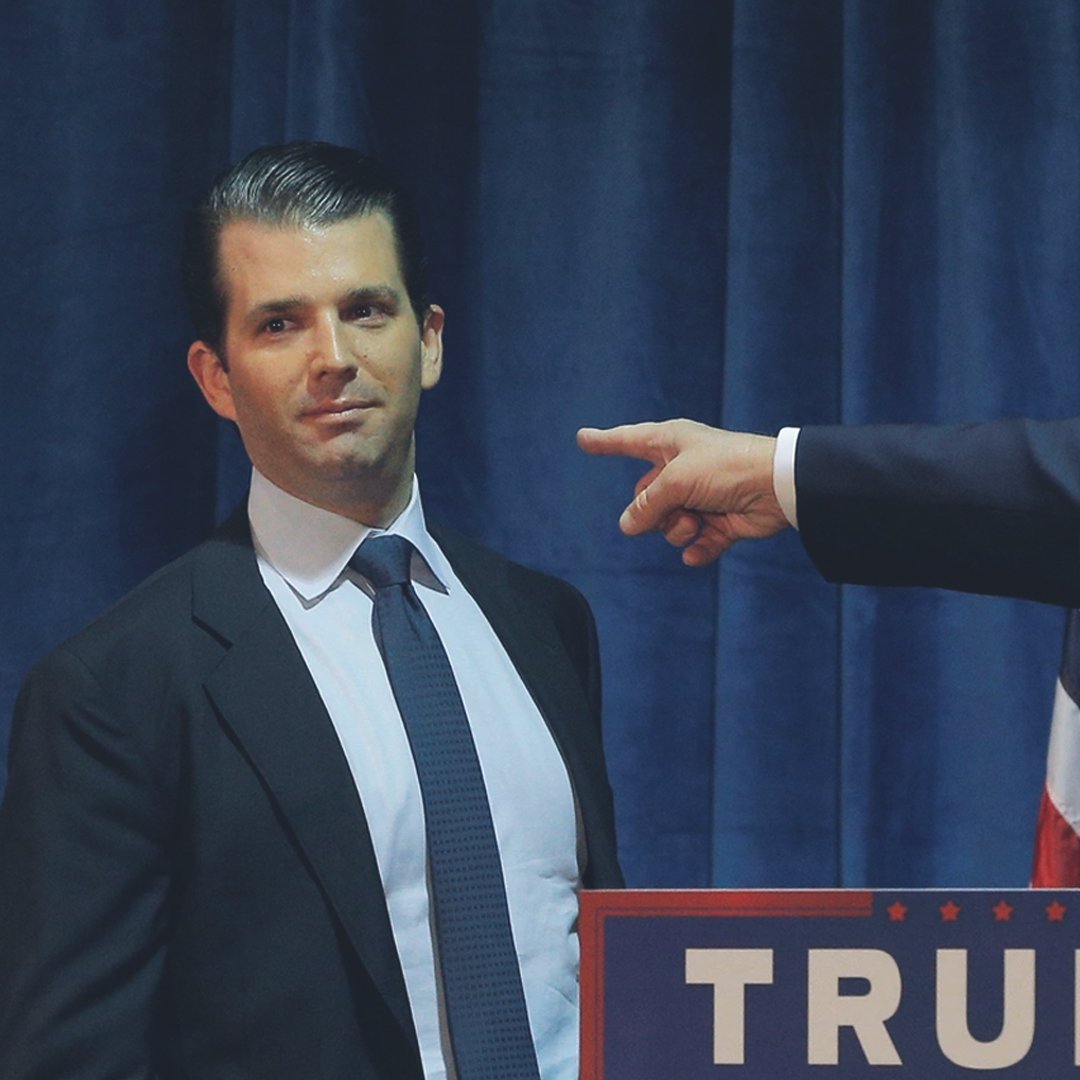 President-elect Donald Trump claimed he would leave his businesses “in total” so he could focus on the Presidency. To be fair, that was not a promise to divest. Trump is the only president in modern history who has refused to divest from his businesses in office.

This creates some obvious conflicts of interest. For example, Trump reportedly received at least $73 million from foreign sources during his first two years in office alone. Did that money influence his decisions?

The same is true for Donald Trump’s children. His sons promised to stay out of politics so they could focus on running the businesses, however, they continue to act as “key political surrogates” for their father.

But no Trump has ever let the stigma of hypocrisy get in the way of an unfounded attack. The family is guilty of all the corruption they are accusing their opponents of — and more.

Eric Trump bragged on Twitter in October 2019 about a deal to expand the Trump Doonbeg resort in Ireland. Trump tweeted, “Thrilled to announce that we have granted planning permission to expand the incredible @TrumpDoonbeg!”

One month prior, in September, Eric had bragged about a Trump Organization development in Scotland, which had been granted approval for an expansion “to include 500 homes, 50 cottages, sports center, retail & more.” The tweet came immediately after tweets complaining about the supposed corruption of Biden’s son.

The Trump International Hotel in Washington D.C. has made millions during Trump’s presidency, in large part because of demand from lobbyists, Republicans and foreign government officials, who vie to stay there or host events. The hotel made $41 million in 2018 alone and has brought in over $80 million while Trump has been president.

While her father was waging a trade war with China, Ivanka received initial approval from the Chinese government for 16 new trademarks. The trademarks were for a range of products, one of which was — really — voting machines.

Trump’s sons have continued to sell real estate and properties throughout the Trump presidency. In total, they have sold more than $100 worth of real estate since 2017. These sales include:

Kushner, husband to Trump’s daughter Ivanka, is a senior White House advisor and real estate investor. In 2018 Kushner received a bail-out for a distressed New York City property from a company whose major investors include the Qatar Investment Authority.

The timing is interesting since in 2017 the Kushner family met with the Qatari government about funding for their Fifth Avenue property. Also in 2017, Kusnher, an ally of Saudi Crown Prince Mohammed bin Salman, had pushed on behalf of the Trump administration for Saudi Arabia to participate in a blockade on Qatar.

The funding was initially denied. Then, after a year of a Trump-Kushner backed blockade, Kushner received a massive infusion of funds for his family’s property for a Qatari backed company.

Maybe a coincidence. Maybe not. However, according to NBC News, in 2018 the Qatari government refused to turn over evidence that purported to show improper influence over Jared Kushner by UAE to Special Counsel Robert Mueller.

Trump’s defense? Come on, we could have been more corrupt! We’ve turned down deals that would have made us even more money! Feel better, America?

As Robert Maguire, research director for CREW, told Vox, “one way to think about this is: Imagine if Hunter Biden passed his time during the Obama administration working to sustain and promote a business that not only he profited from, but Joe Biden did also. Then, on top of that, imagine that Joe Biden himself spent day after day in office openly and single-mindedly promoting that same business, in his official capacity, through glowing statements and hundreds of visits to the business, resulting in hundreds of thousands of dollars in taxpayer money being spent there — along with special-interest and foreign money.”

“If all of that were true, it still wouldn’t be as corrupt as what we’ve seen over four years of the Trump administration,” Maguire added.

In May 2018, Ivanka Trump’s business received approval for several new Chinese trademarks a week before President Trump announced that he wanted to lift the ban on the Chinese company ZTE, for violating US sanctions.

They sold Trump’s mansion in Beverly Hills for $13.5 million to a company tied to Indonesian billionaire (and Trump business partner) Hary Tanoesoedibjo. They off-loaded a Manhattan penthouse to a woman who runs a business selling access to Chinese officials.