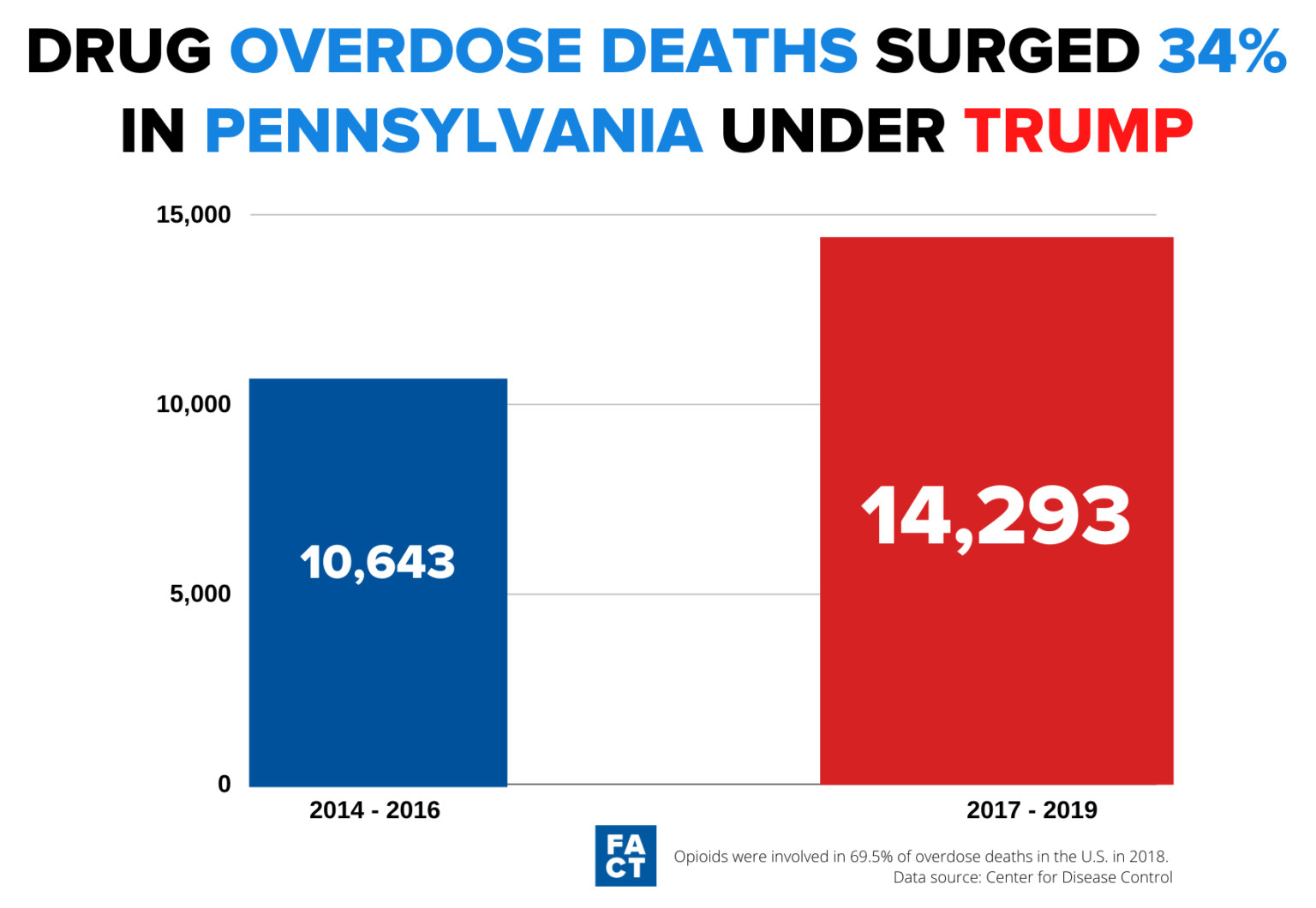 An analysis of data published by the Center for Disease Control shows that during the first 3 years of Trump’s presidency, drug overdoses were up 34% in Pennsylvania compared to the last 3 years of the Obama administration.

Fighting the opioid pandemic was a campaign promise of Donald Trump’s in 2016. For Pennsylvania families, that is a heartbreaking promise that has been broken.

FactPAC reviewed the CDC’s published data for the years 2014, 2015, 2016, 2017, and 2018 for the State of Pennsylvania. Then, we analyzed the preliminary data that the CDC made available for 2019 and 2020. Since the first year of data that was available to review was for 2014, we decided not to include 2020 figures in the chart. However, the number of overdose deaths in Pennsylvania is trending higher for 2020 with CDC predictions being above 4,600.

Joe Biden has a comprehensive plan to end the opioid crisis in America. 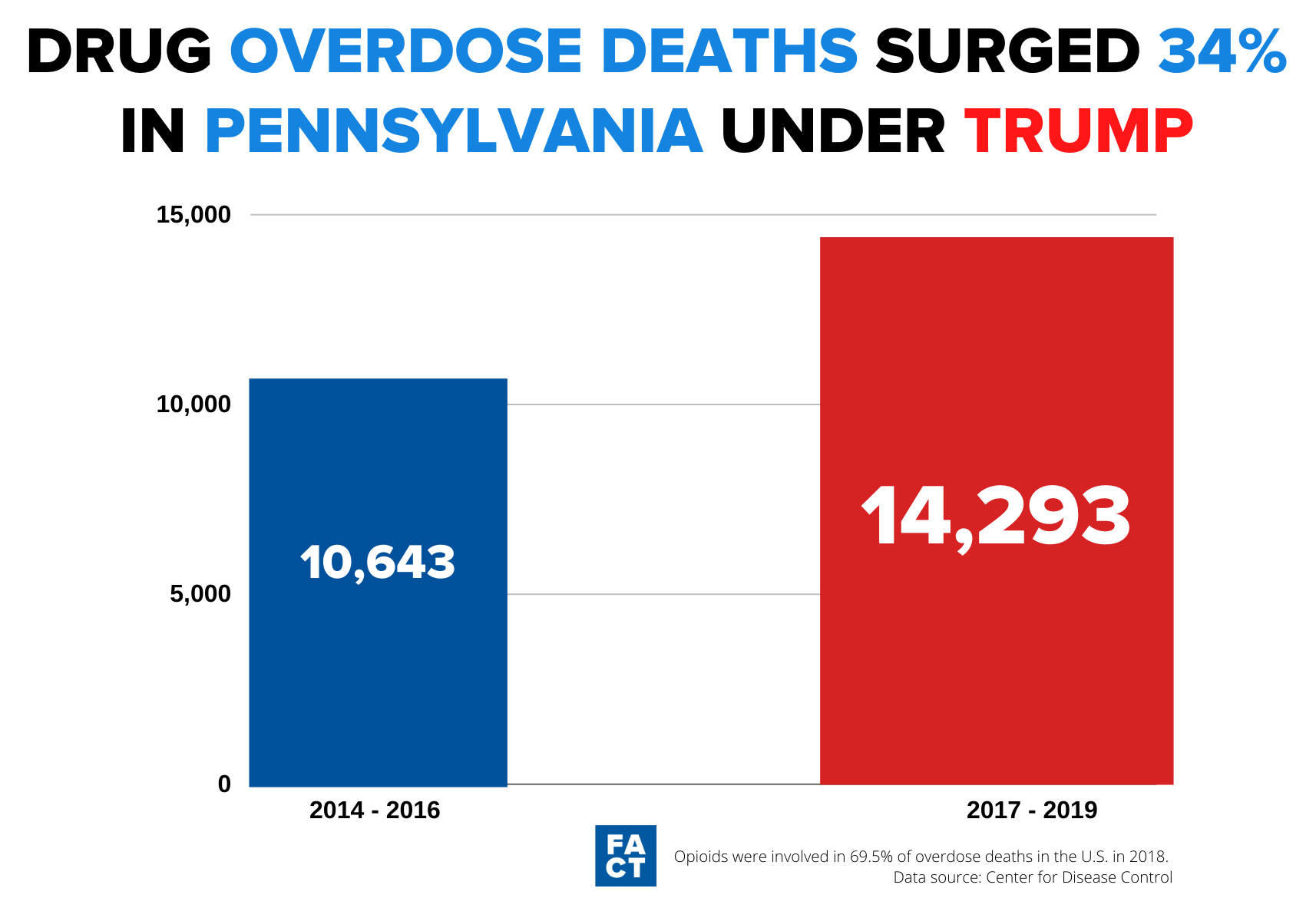 2018 data shows that every day, 128 people in the United States die after overdosing on opioids.1 The misuse of and addiction to opioids—including prescription pain relievers, heroin, and synthetic opioids such as fentanyl—is a serious national crisis that affects public health as well as social and economic welfare. The Centers for Disease Control and Prevention estimates that the total “economic burden” of prescription opioid misuse alone in the United States is $78.5 billion a year, including the costs of healthcare, lost productivity, addiction treatment, and criminal justice involvement.

Provisional drug overdose death counts are based on death records received and processed by the National Center for Health Statistics (NCHS) as of a specified cutoff date. The cutoff date is generally the first Sunday of each month. National provisional estimates include deaths occurring within the 50 states and the District of Columbia. NCHS receives the death records from state vital registration offices through the Vital Statistics Cooperative Program (VSCP).