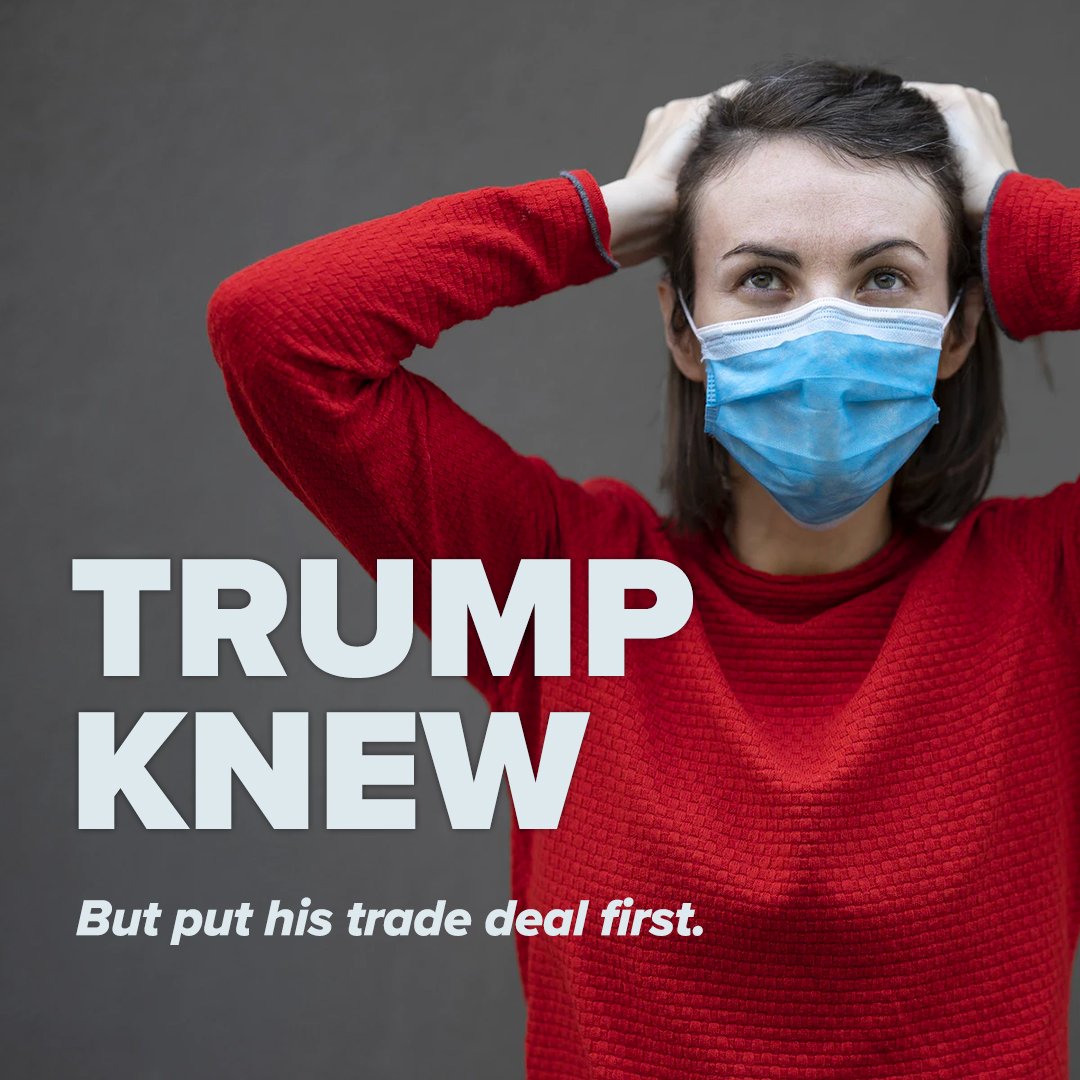 Donald Trump likes to brag about being tough on China with regard to the Coronavirus, while in reality he repeatedly praised China at the risk of American lives — in stark contrast to statements made by Joe Biden.

In February, as Trump continued to claim that COVID-19 would magically disappear, Joe Biden pushed for an investigation of China, saying “What I would do were I president now, I would not be taking China’s word for it. I would insist that China allow our scientists in to make a hard determination of how it started, where it’s from, how far along it is. Because that is not happening now.”

1. The incomplete travel “ban:” Donald Trump likes to point to his travel restrictions as proof of a tough-on-China stance. His “ban,” however did not fully prevent Chinese nationals or people who had visited China from entering the United States. The ban excluded travel from China’s Hong Kong and Macao territories, allowing more than 8,000 Chinese and foreign nationals to enter the U.S. The ban also excluded Americans and their family members, allowing more than 27,000 people to travel between China and the U.S. in February.

And enforcement was spotty. On February 5, former White House Ebola Response Coordinator, Ron Klain testified to Congress about the lack of a true ban, saying, “Today 30 planes will land in Los Angeles that either originated in Beijing … or came here on ‘one-stops.’ Thirty in San Francisco, 25 in New York City.”

Health experts had warned at the time that travel restrictions were often counterproductive as they limited travel of doctors, experts and critical supplies while creating an impetus for people to flee who could not subsequently be tracked.

2. Praising China: Donald Trump praised China publicly no fewer than 15 times in February, even as officials warned China was withholding data about the COVID-19 outbreak. One of the reasons for the praise was Trump’s desire not to upset a potential trade deal. During a February 29 press briefing, Trump said, “China seems to be making tremendous progress. … I think our relationship with China is very good. We just did a big trade deal. We’re starting on another trade deal with China — a very big one. And we’ve been working very closely.”

This praise continued into April, after the U.S. had already endured a month of economic shut downs and social distancing to try to bring the pandemic under control.  On April 14, he said, “But, look, I’d love to have a good relationship with China. But if you look — and we made a phenomenal deal,” following up on April 17th to say he did not want to raise some COVID-19 issues with China because of trade.

Is the transaction more important than lives, Mr. President?

Donald Trump knew in January that COVID-19 was deadly, and he chose to lie about it. Joe Biden has a plan to increase testing, tracking and transparency; put scientists and experts back into the policy making process; and fully fund America’s economic recovery, putting Americans’ health and lives first.

In April, The Post and the New York Times documented the numerous times Trump had praised China. Delaying his reaction to the severity of the pandemic, Trump “consistently praised Chinese President Xi Jinping despite warnings from U.S. intelligence and health officials that Beijing was concealing the true scale of the outbreak and impeding cooperation on key fronts,” The Post said. As the Times reported, “The virus at first took a back seat to a desire not to upset Beijing during trade talks, but later the impulse to score points against Beijing left the world’s two leading powers further divided as they confronted one of the first truly global threats of the 21st century.”

Trump is overstating Democratic opposition. None of the party’s congressional leaders and none of the Democratic candidates running for president have directly criticized that decision.

Yet Trump continued to downplay the threat publicly — comparing it to the typical flu, insisting the virus would disappear quickly and offering frequent praise for China’s response. The president appeared committed to keeping the public focused on more upbeat matters such as the rising stock market.