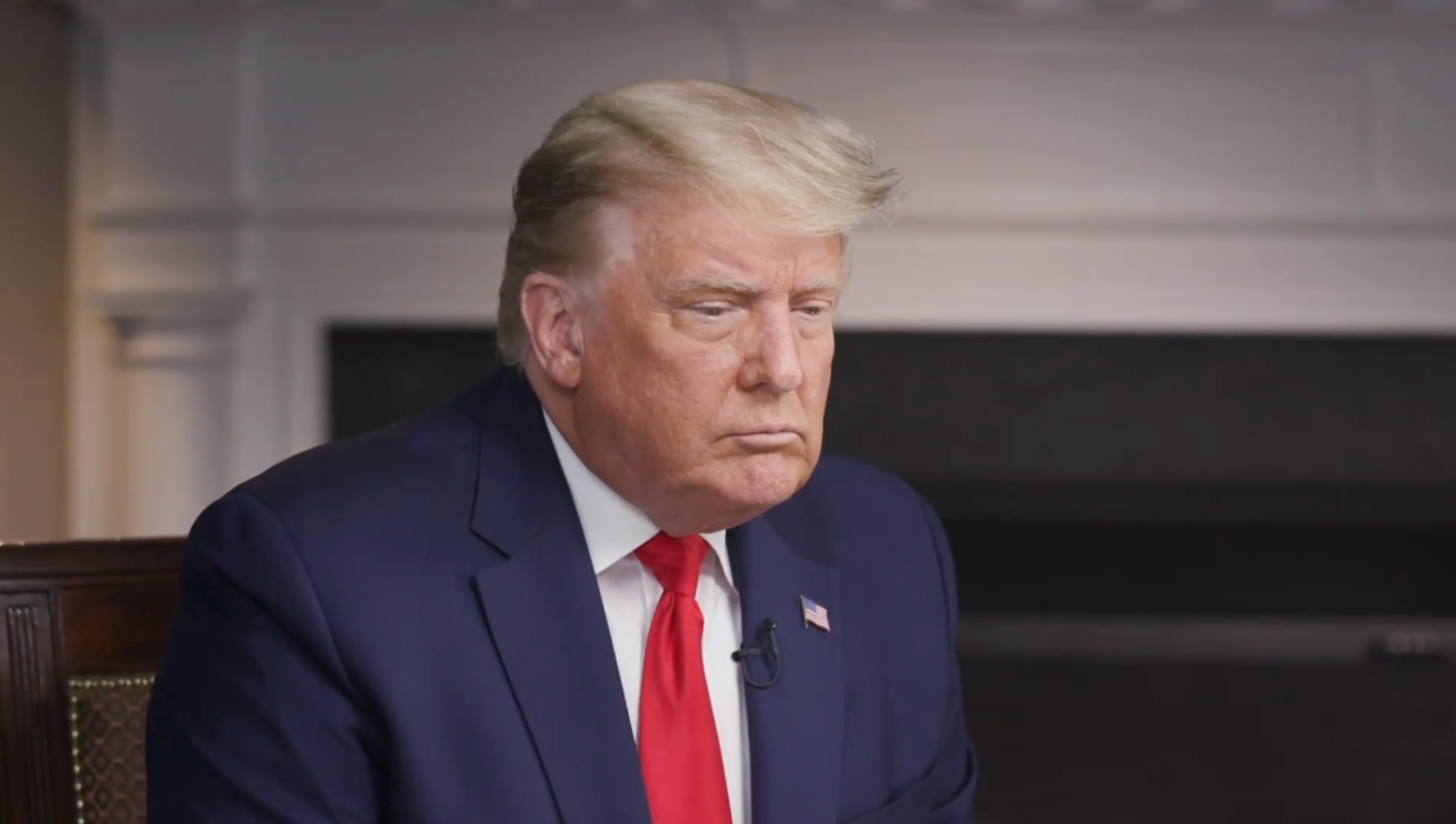 Photo from video posted by the White House

Donald Trump can’t handle tough questions. He can’t handle debate rules. He can’t handle a national crisis. In fact, he couldn’t even handle the economy since job growth was still underperforming the last three years of the Obama Administration before jobs turned negatives after COVID-19 shutdowns.

In breaking his agreement with CBS, Donald Trump posted a video of the interview where he chastizes 60 Minutes Lesley Stahl’s questions as being “No way to talk.”

As is common in the world of Trump, anything that is not undeserved praise is labeled “unfair.”

The exchange went like this prior to Trump huffing, puffing, and walking away.

“I see Joe Biden getting softball after softball; I’ve seen all of his interviews, he’s never been asked a question that’s hard,” the president complains.

“Excuse me, Lesley, you started with me, your first statement was ‘Are you ready for tough questions?’” the president interjects. “That’s no way to talk. No way to talk.”

So there you have it right from the President’s mouth. Tough questions are no way to talk to a President that can’t be held responsible for anything.

He also argued with Ms. Stahl saying he never suggested locking anybody up in reference to her question about him implying that Michigan Governor Whitmer should be locked up.

According to the AP, “At a rally in Muskegon Saturday evening, Trump urged supporters to push Whitmer to reopen the state following COVID-19 restrictions. When the crowd starting chanting “lock her up” Trump added, “Lock ’em all up.”

Donald Trump has also been critical of Thursday night debate moderator, Kristen Welker, and his campaign has been whining about the whole debate process since they moved to enforce the rules the Trump campaign agreed to, but can’t uphold.

Since Donald Trump is too weak to handle basic accountability questions, it’s no wonder that North Korea now has 30 nuclear bombs, Iran is interfering with the election, and Trump is still afraid to question Vladimir Putin about paying alleged bounties on American soldiers. 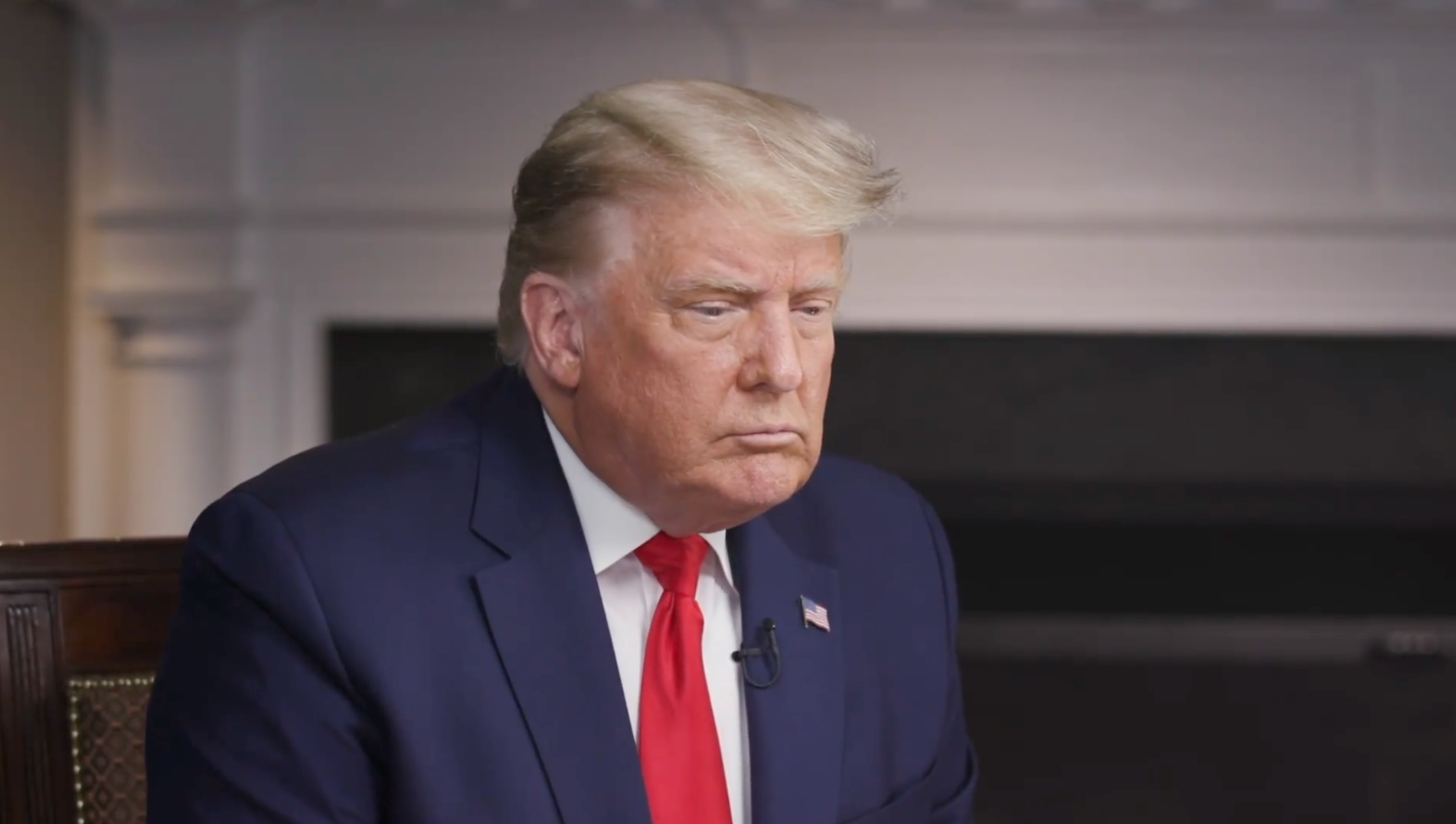 The footage shows Trump growing increasingly prickly as anchor Lesley Stahl presses him on the coronavirus pandemic, his slipping support with suburban women and other issues.

Democrats have sought to tie Trump to the alleged plot against Whitmer, pointing to the president’s tweet earlier this year to “LIBERATE MICHIGAN!” after Whitmer restricted personal movement and the economy in response to the coronavirus pandemic. Michigan — particularly the Detroit area — was hit hard early during the pandemic. Many of the limits have since been lifted.