Why Vote for Joe? He Has a Real Plan to Bolster and Expand Access to Social Security 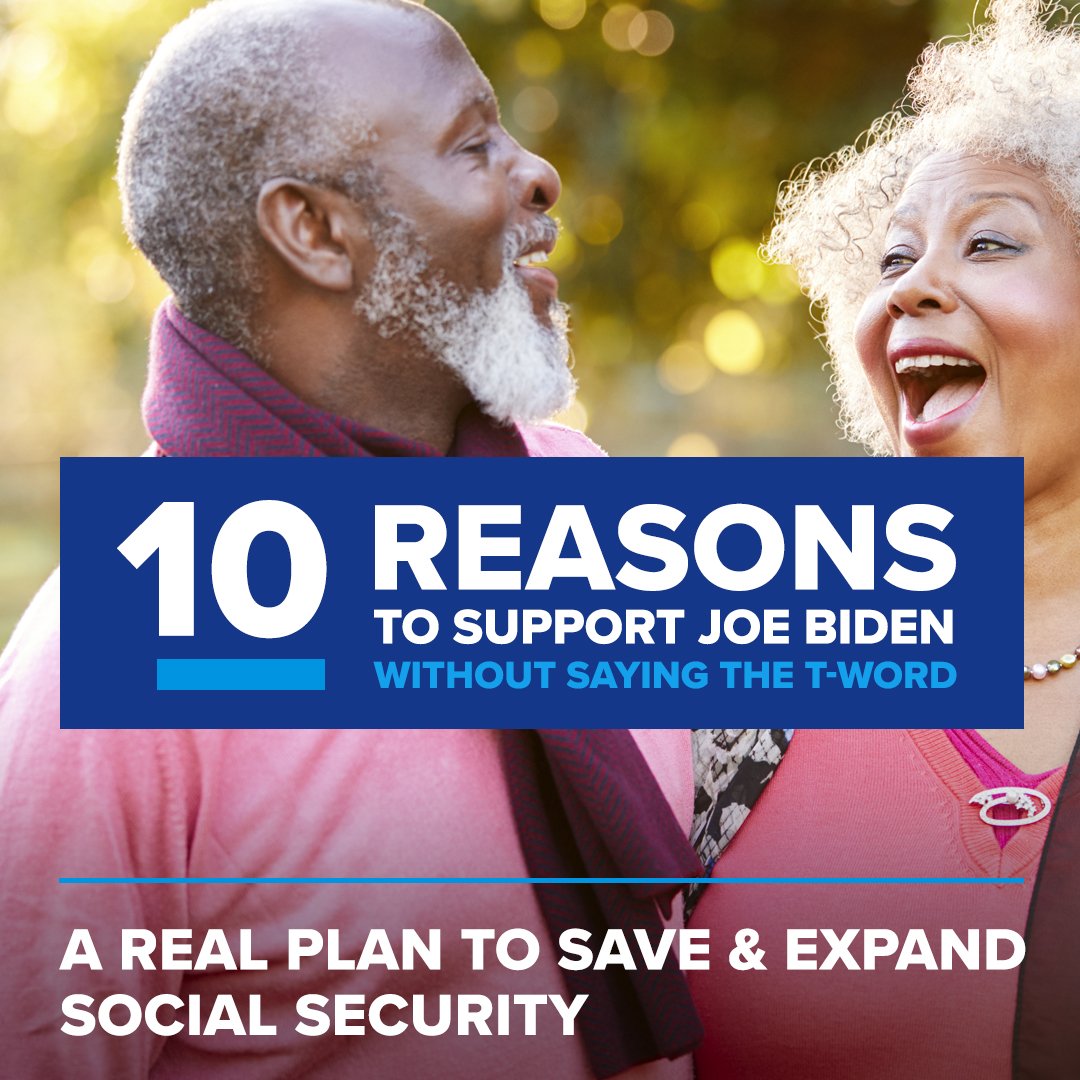 Social Security is the only source of income for over 40 percent of retirees, and Joe Biden has a plan to ensure Social Security’s critical benefits remain available for generations to come.

Joe Biden’s plan increases benefits to current retirees while shoring up the solvency of the Social Security trust funds for future retirees. Because there is no need to choose between current and future financial security — we can have both. The Biden plan will:

Joe Biden has proposed setting the minimum Social Security benefit at 125 percent of the federal poverty line. According to the Penn Wharton Model, in 2019 numbers, this would increase the monthly minimum benefit from $886 per month to $1,301 per month.

The Biden plan also increases the amount available to survivors by approximately 20 percent per month to decrease the burden of monthly cuts some surviving spouses see after their partner passes away.

As Social Security recipients age, their medical costs can increase significantly. To address this, the Biden plan would increase the primary insurance amount by one percent per year, up to a five percent increase for older retirees.

The increase would be phased in beginning 16 years after the start of claiming benefits. Between 16 and 20 years of receiving benefits, primary insurance would increase by one percent, so seniors who receive Social Security for an extended time will receive an additional five percent after 20 years.

The plan will pay for these expanded benefits by increasing taxes on high-income earners. Currently, all earned income is subject to the Social Security tax up to $137,700. Income above that amount is not taxed.

A Biden administration would apply the Social Security tax to all earned income over $400,000. Therefore, the burden of trust fund solvency would fall on a wider range of income earners, creating a fairer and more stable system.

Joe Biden will help secure the retirement future of all Americans by simply asking wealthier Americans to pay their fair share.

Biden’s campaign plan calls for restoring the long-term solvency of the program by having high-wage earners pay taxes toward Social Security. Currently, employees and employers each pay 6.2% from wages. But that is currently capped at wages of $137,700. Biden’s plan calls for applying those taxes to earnings over $400,000.

Presidential candidate Biden has called for setting the minimum Social Security figure at 125% of the federal poverty line. In plain English, this would raise the minimum benefit from $886, per month, to $1,301, per month, as of 2019 numbers, according to the Penn Wharton Model. For comparison, the average Social Security benefit was just $1,461, per month, in 2019, so this increase would likely benefit a large number of retirees.

Democratic presidential nominee Joe Biden has emerged with a plan of his own. Broadly, it would boost benefits for low-income households while raising taxes on high earners.