Why Vote for Joe? A Real Anti-Corruption Plan 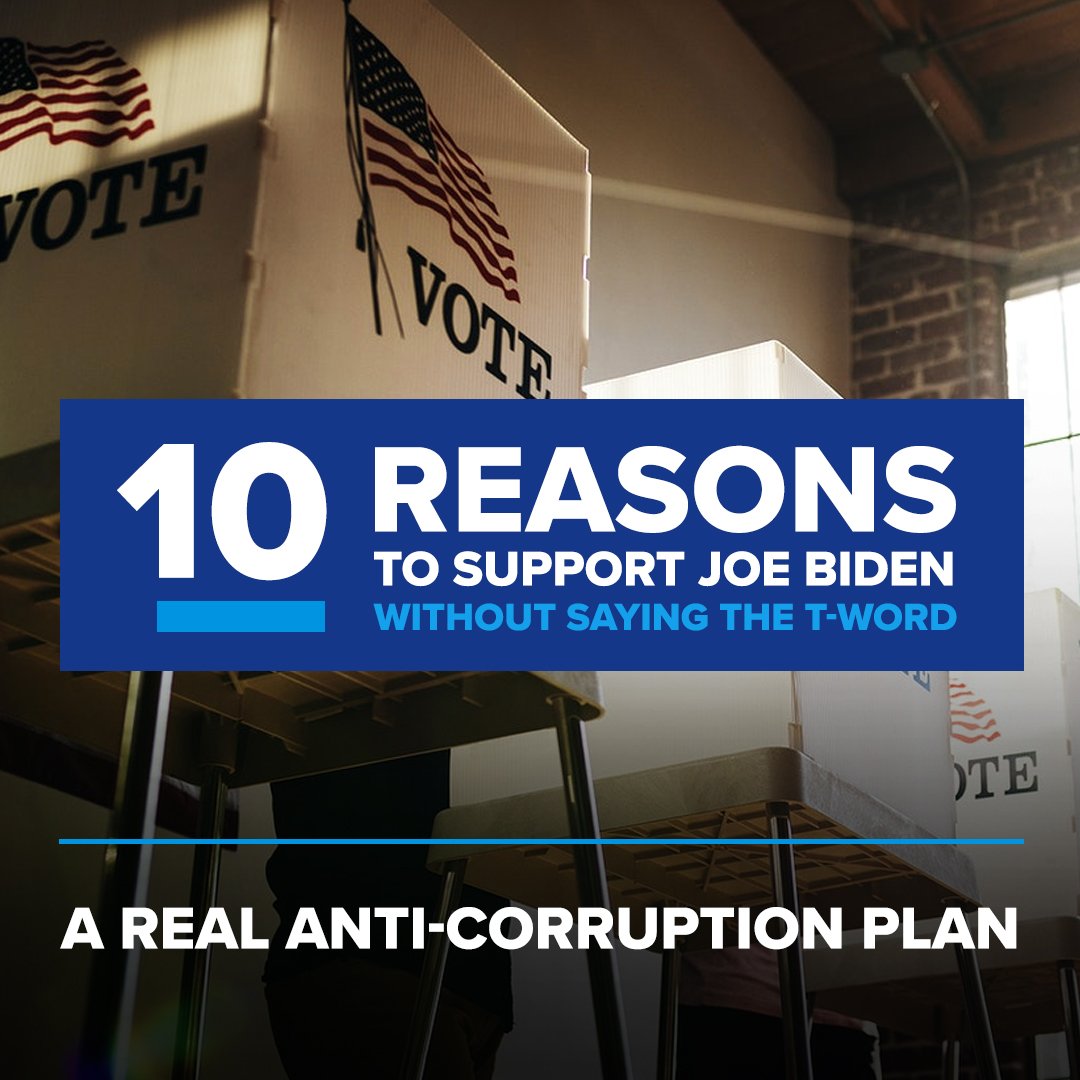 In March 2019, House Democrats introduced and passed a sweeping anti-corruption and pro-democracy reform bill that was never taken up by the Senate.

To reduce the influence of money in politics Biden and Democrats will:

To strengthen ethics laws, Joe Biden and Democrats will:

Joe Biden recognizes that the people’s business cannot be done if structural influences within the government favor lobbyists and big donors. He will work to fix the system to work for everyone, while actually holding corrupt officials accountable.

“The way I view that is a New Deal Congress,” said Sen. Bob Casey