Why Vote for Joe? A Real Jobs and Infrastructure Plan 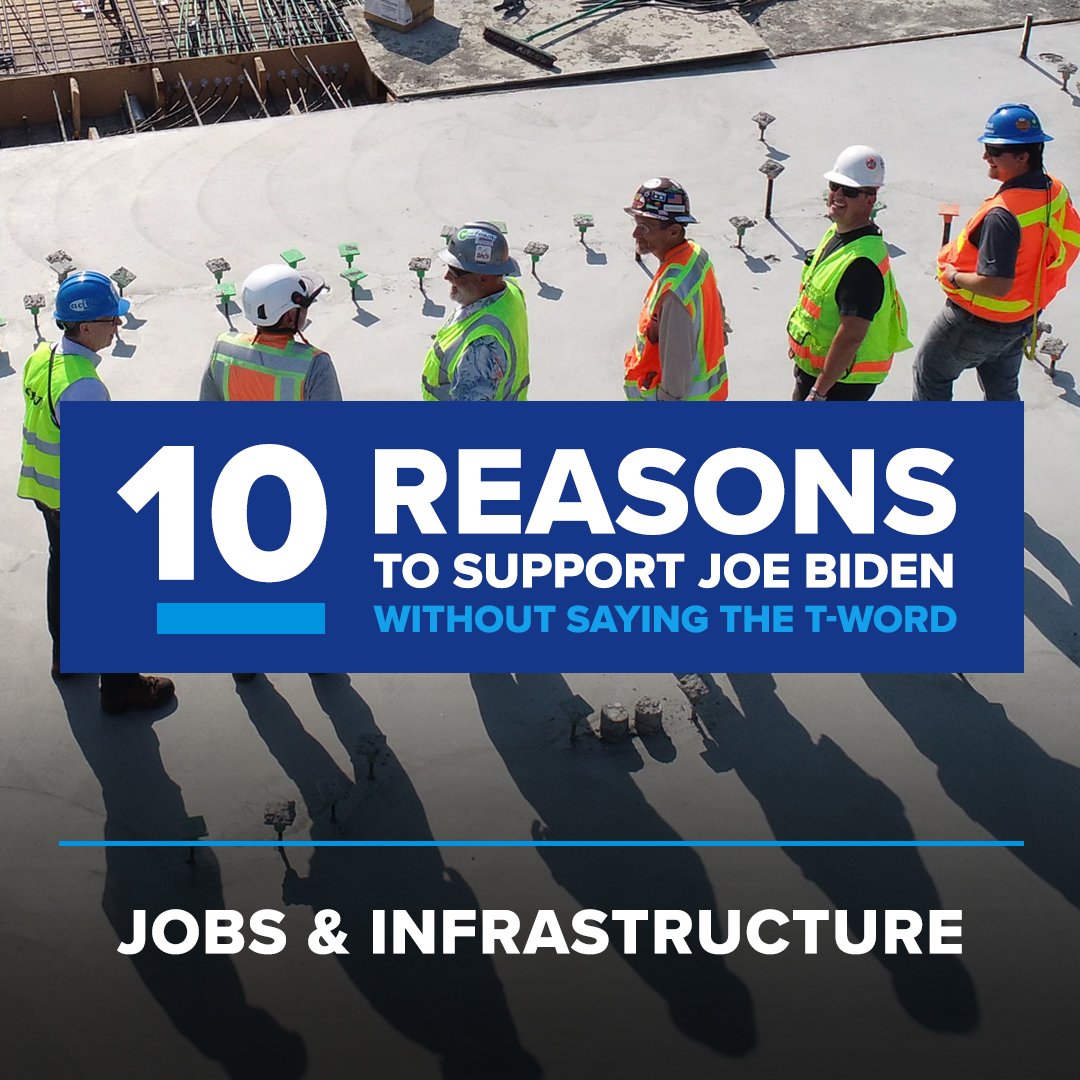 “This is our moment to imagine and build a new American economy for our families and our communities where every American has an equal chance to get ahead.” – Joe Biden

Joe Biden has proposed a series of tax reforms, including a millionaires’ tax and higher taxes on large corporations. Biden would use some of the estimated $4 trillion in increased revenues to invest in infrastructure and technology jobs that pay living wages.

Biden’s plan takes a two-pronged approach, with a $400 billion investment in government purchases of U.S.-based goods and services and $300 billion for investment in research and technology.

The plan’s goals include:

The plan also invests in paid family leave and increased access to childcare and expands the child tax credit to help ensure families do not have to make difficult choices between work and children. Joe Biden will be a president for all Americans, in all sectors, rural and urban, technology and agriculture, and everything in between.

“We must reward work as much as we reward wealth. But now we just reward excessive wealth.” – Joe Biden

“Every dollar of additional government spending in the next couple of years is going to produce more than a dollar’s worth of new growth and more economic activity, which creates more jobs. The bang for the buck is massive.”

The plan, called Build Back Better, emphasizes investing in the American worker while arguing that Trump has done just the opposite. “Growing up rich and looking down on people is a bit different than how I grew up here,” said Biden at a metalworks facility in Dunmore, Pa., immediately going for the President’s jugular.