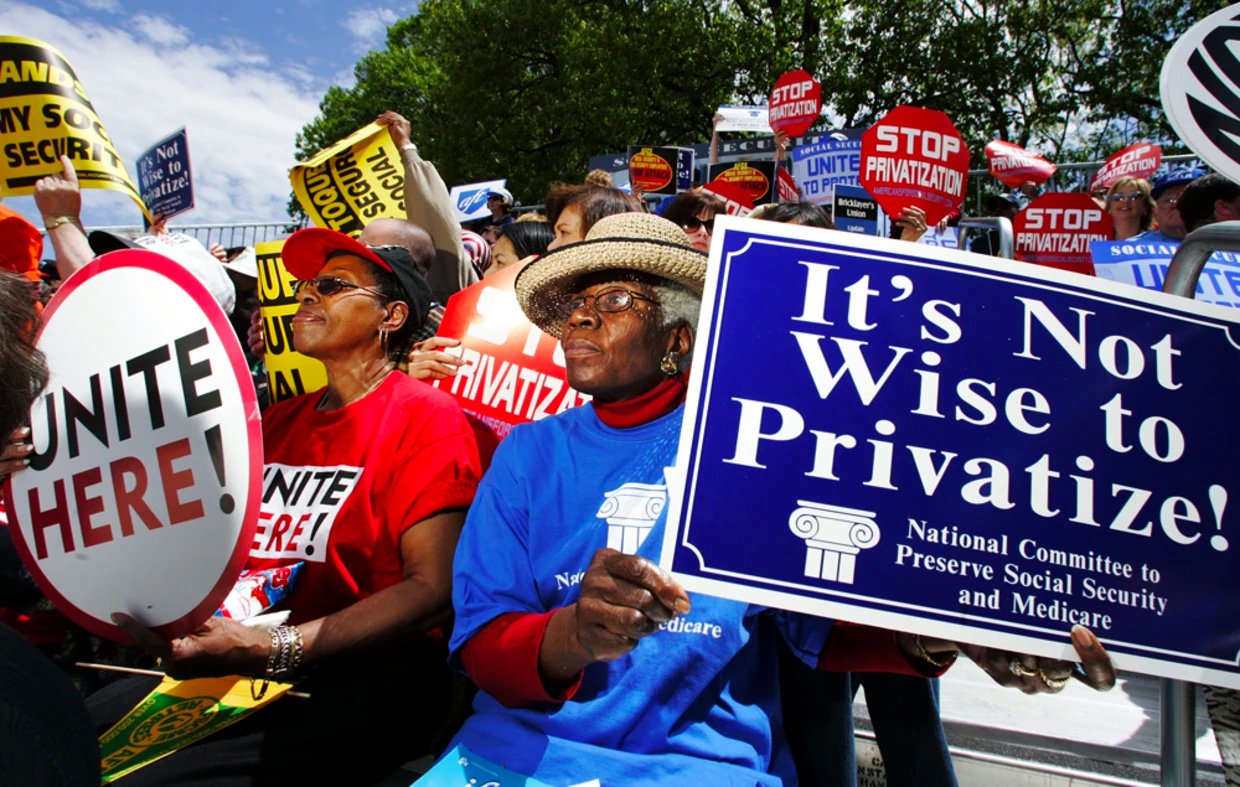 Gladys Mitchell, 80, right, from Washington, and Louise Hobbs, 71, left, from New York, N.Y. join a rally against the privatization of Social Security, on Capitol Hill on Tuesday.Manuel Balce Ceneta / AP
Social Security works for Americans. Republicans promise to cut it. Democrats have a plan to strengthen it. @factpacusa Click to Tweet

Social Security is one of America’s most successful anti-poverty programs. Seniors are obvious beneficiaries, but children and people with disabilities are helped by Social Security as well. And since the program was enacted, Republicans have been opposed to those vital benefits.

In fact, Republicans have had the demise of Social Security and Medicare in their sights for over 80 years.

In 1935, Republican congressman John Taber said Social Security “is designed to prevent business recovery, to enslave workers, and to prevent any possibility of the employers providing work for the people.”

Fears that Social Security would make workers lazy and prevent employers from creating jobs have never materialized. Instead, Social Security draws millions of people out of poverty every year. In the absence of Social Security, about 40 percent of adults aged 65 and older would have incomes below the poverty line.

Democrats agree that a program as successful as this should be protected and expanded, not slashed. And they are backing that idea with a proposal called Social Security 2100: A Sacred Trust, which currently has 202 Democratic co-sponsors in the House of Representatives. The bill calls for:

Currently, wages are only taxed up to $147,000, meaning some wealthy Americans stop contributing to the Social Security trust fund by the end of January every year. 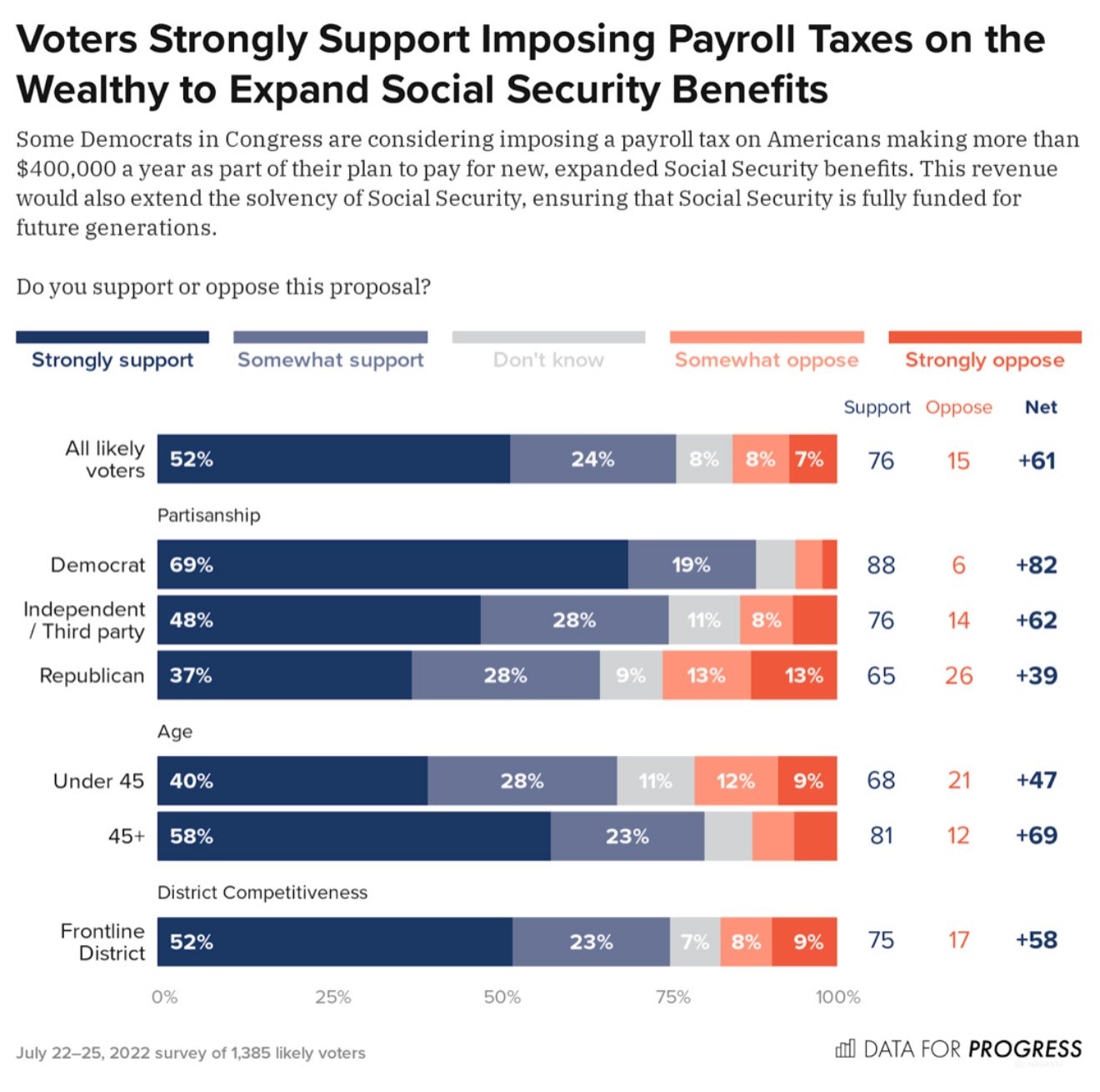 Social Security is worth saving, but it will face an uphill battle if Republicans who are focused on cutting benefits retake the House. 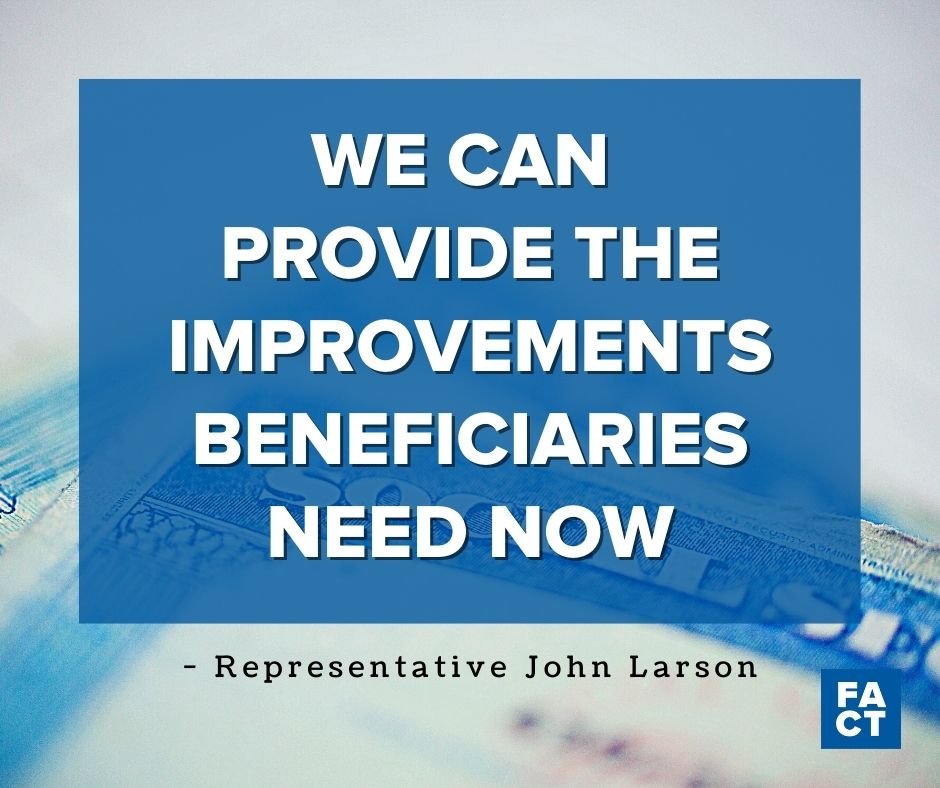