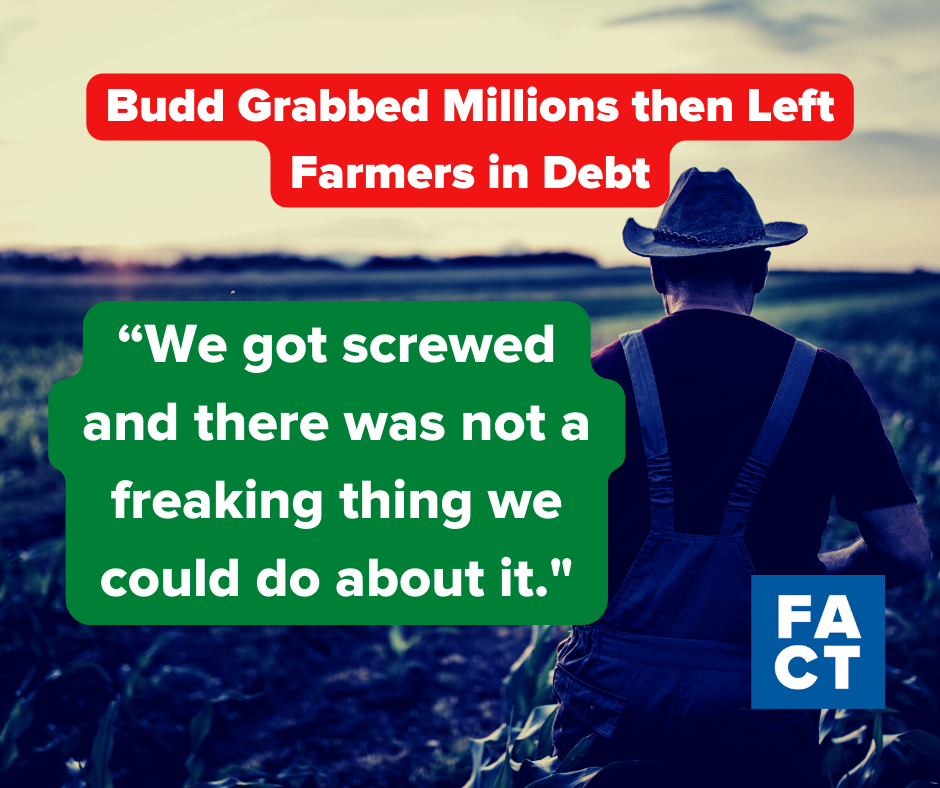 “We got screwed and there was not a freaking thing we could do about it. There was no way to fight multimillionaires,” said Scott Scheuerman, a  farmer who had urged fellow growers to send their crop to the company, which had bought up dozens of processing plants. “We were the little guy. We were just a number, and they could care less about us.”

As reported by the Washington Post: “Court documents reviewed show that a trustee for farmers and other creditors alleged that his [Ted Budd’s] father, Richard Budd, improperly transferred millions of dollars in assets to his family, including Ted Budd. That occurred before Richard Budd and a family company faced a $15 million judgment in the case.

Moreover, the trustee alleged, Ted Budd “acted in concert” with his father “in connection with the fraudulent transfers.” As a result, Ted Budd was named as a defendant in a civil case filed by the trustee.

In the end, a settlement negated the need for a trial and specified that there was no admission of wrongdoing. The “Budd entities” agreed to pay less than half of the amount initially earmarked for the farmers and other creditors — some of whom remain angry they only received a portion of their lost earnings.”

Washington Post: Trump’s pick in a key Senate race touts his agriculture ties. He doesn’t mention his role in a bankruptcy that cost farmers millions.