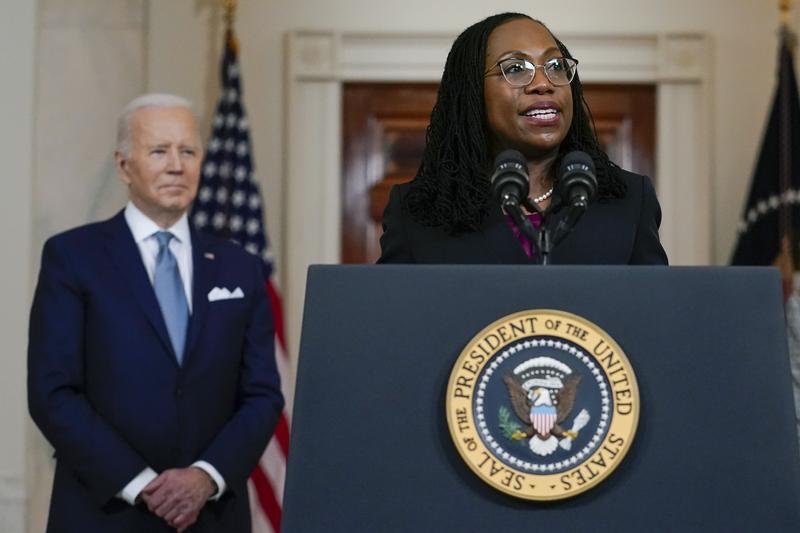 The Senate confirmed Ketanji Brown Jackson with 3 Republicans joining all Democrats. Jackson is replacing Justice Bryer who will be retiring.

Ketanji Brown Jackson had more public support than any of the three appointees from the former President according to a Morning Consult/Politico poll.

According to Alison Durkee of Forbes, “The poll found 49% of respondents think the Senate should confirm Jackson—which is up from 47% who said the same over the last two weeks—while 26% oppose her confirmation.

More voters also opposed Barrett and Kavanaugh’s confirmations—32% and 40% of voters, respectively—but the 26% that are against Jackson is higher than the 23% who didn’t want Gorsuch confirmed.

Support for Jackson varies heavily along partisan lines, with 78% of Democrats, 43% of Independents and 24% of Republicans backing her confirmation.

With Jackson set to become the first Black woman ever appointed to the court, the poll found 65% of Black respondents support her confirmation, versus 46% of white respondents, 49% of Hispanic respondents and 50% of respondents of other ethnicities.

The poll was conducted April 1-4 among 2,003 registered voters.”