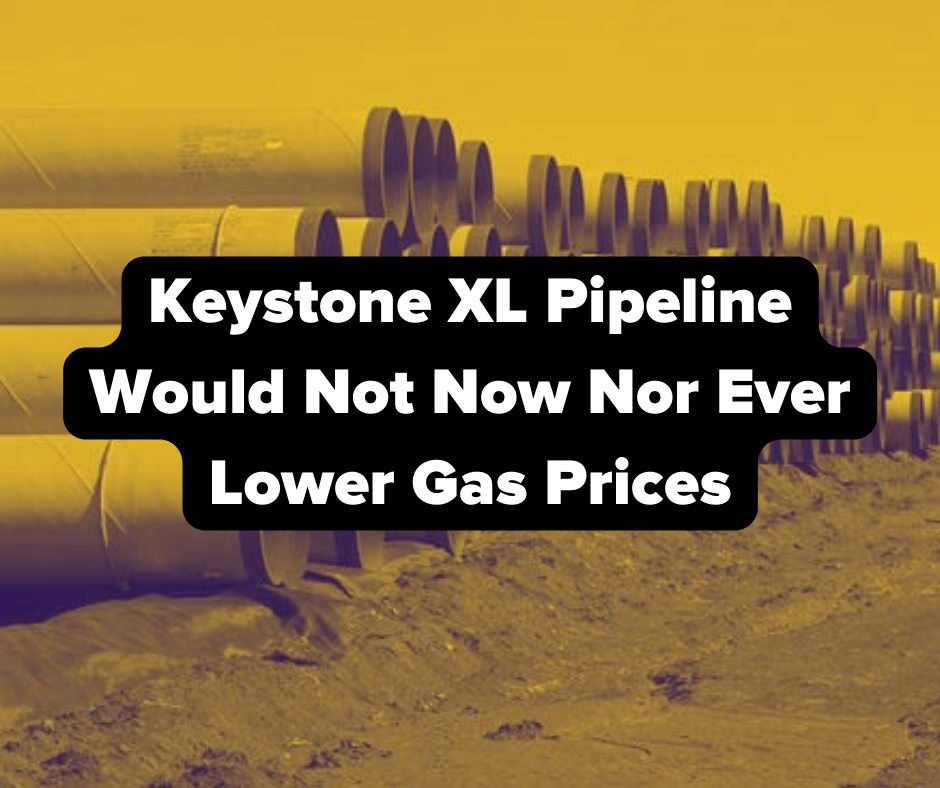 The surge in gas prices has caused a lot of speculations on the reason and many Republicans like to blame Biden for stopping the development of the last 25% of the Keystone Pipeline known as Keystone XL.

In order to better understand why the Keystone XL Pipeline will not lower your gas prices now or in the future, let’s first consider that this pipeline (XL) was never operational when it was shut down in 2021. It was only 8% complete, and was not slated to go into service until after 2023. Even if the pipeline extension were completed, the pipeline would not have prevented U.S. gas prices from climbing to a record high as oil companies enjoy surging profits. It would have increased global oil production by less than 1%, which is almost a negligible amount.

The pandemic caused a significant disruption in global supply chains, including oil. Demand was low as people were afraid to travel which kept oil and gasoline prices low. As the world began to emerge from the pandemic, demand increased. Oil is a global commodity, and its price is determined primarily by global supply and demand. When supply is greater than demand, prices fall. When demand is greater than supply, prices rise. This has created more international competition for oil which is a fixed scarce resource. The cost of oil was $70 a barrel last fall, then rose to $130 a barrel in March and leveled around $100 a barrel.

Oil prices have continued to increase due to Russia’s invasion of Ukraine.

Russia has been consistently in the top three in global oil production, many buyers are not willing to purchase from Russia anymore, and there is fear that the supply might be disrupted.

Gasoline prices follow oil. If Russia continues its aggression in Ukraine, oil prices will likely remain elevated. This serves Russia well as they rely heavily on petroleum exports for their budget. The high cost of gas has nothing to do with the Keystone XL Pipeline.

Other facts about fas prices: