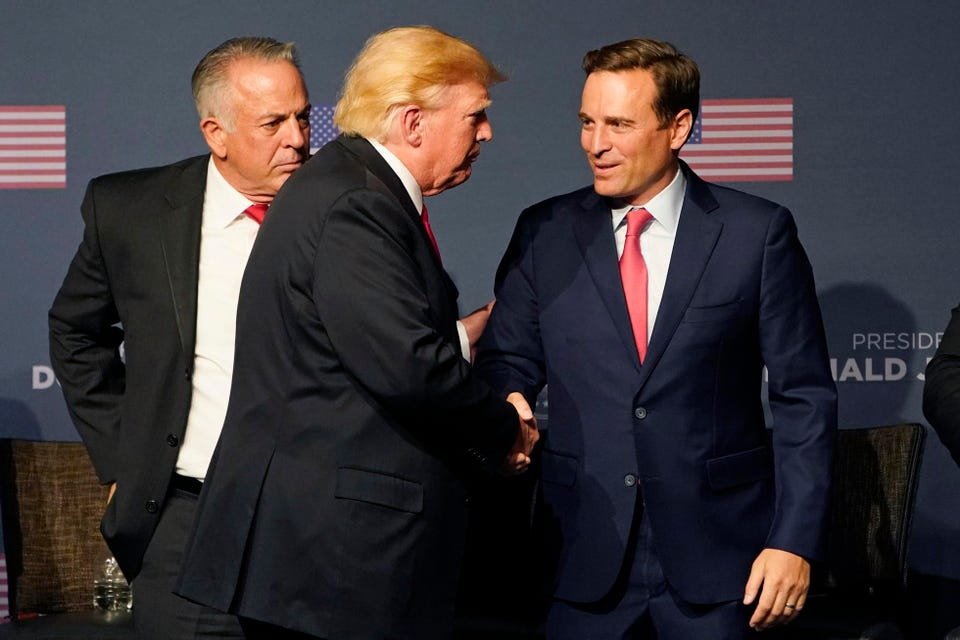 Nevada Senate candidate Adam Laxalt, right, has supported efforts by former President Donald Trump, center, to delegitimize and overturn the results of the 2020 election. Photo: AP PHOTO/JOHN LOCHER Caption: FORBES
Adam Laxalt Tried to Throw Away Your Votes in 2020. He’ll do it again in 2024. @factpacusa Click to Tweet

In 2020, Adam Laxalt was part of Donald Trump’s efforts to steal the election by selectively throwing out legally cast votes. At the time, he was the Nevada co-chairman for the Trump Campaign.

Laxalt and the GOP sued the state to stop counting legally cast ballots in Clark County… and only Clark County. They “did not challenge ballot processing in Nevada’s other 16 counties, where Republicans outnumber Democrats in active voter registration in each.”

Anyone trying to throw out a legally cast ballot is not pro-democracy. Adam Laxalt tried to help Trump steal the 2020 election and if he becomes a U.S. Senator, he’ll do it again in 2024.