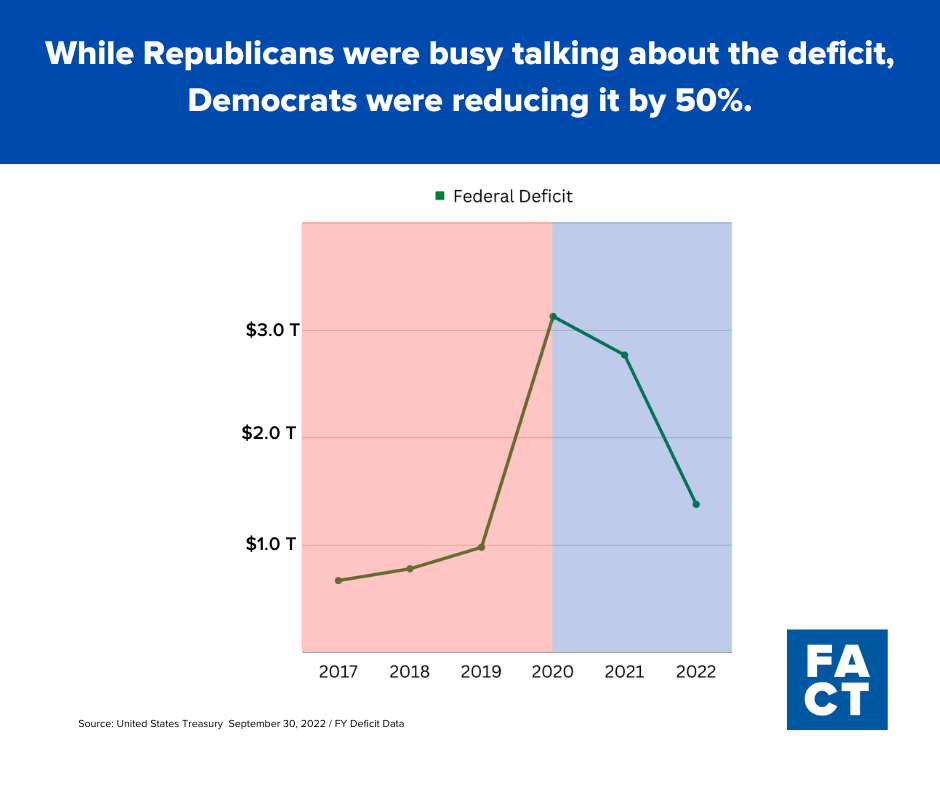 The U.S. Treasury released the deficit figures for the end of fiscal year 2022.

And Biden is right. During Trump’s one term as President, Republicans drove up the federal deficit every single year. As the economy moves forward from the pandemic and if Democrats hold the House and Senate, the U.S. budget is on track to balance for the first time since the Clinton administration.

CNBC: U.S. budget deficit cut in half for biggest decrease ever