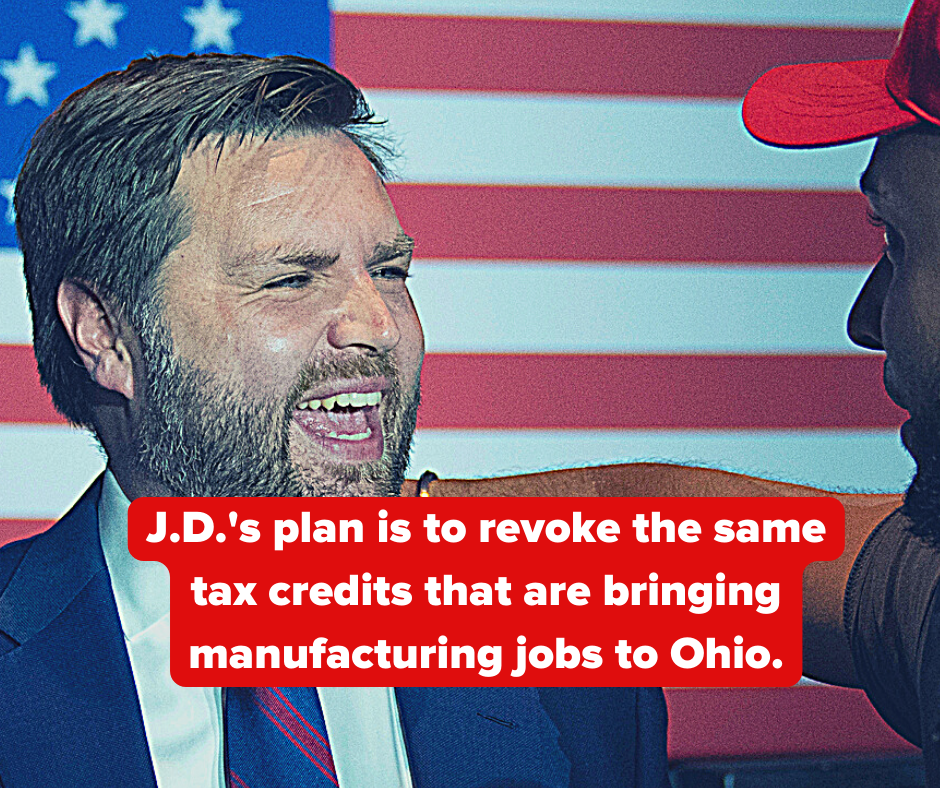 Ohio Republican Senate candidate J.D. Vance has called for the elimination of tax credits that are already creating jobs in his own state. Ford, General Motors and LG have already begun implementing plans that would create thousands of jobs in Ohio. Those plans are the direct result of Democratic legislation that requires domestic production of EV components for new vehicles. A repeal of that legislation, as promised by Republicans, would eliminate those jobs.

And, in times of soaring corporate profits, when every House Republican voted against an oil and gas price gouging bill, Republicans’ only “plan” for reducing inflation is lowering taxes on the largest corporations. More than half of every extra dollar Americans are spending due to higher prices is going directly to corporate profits. Giving these giants more money is unlikely to stop the profiteering.