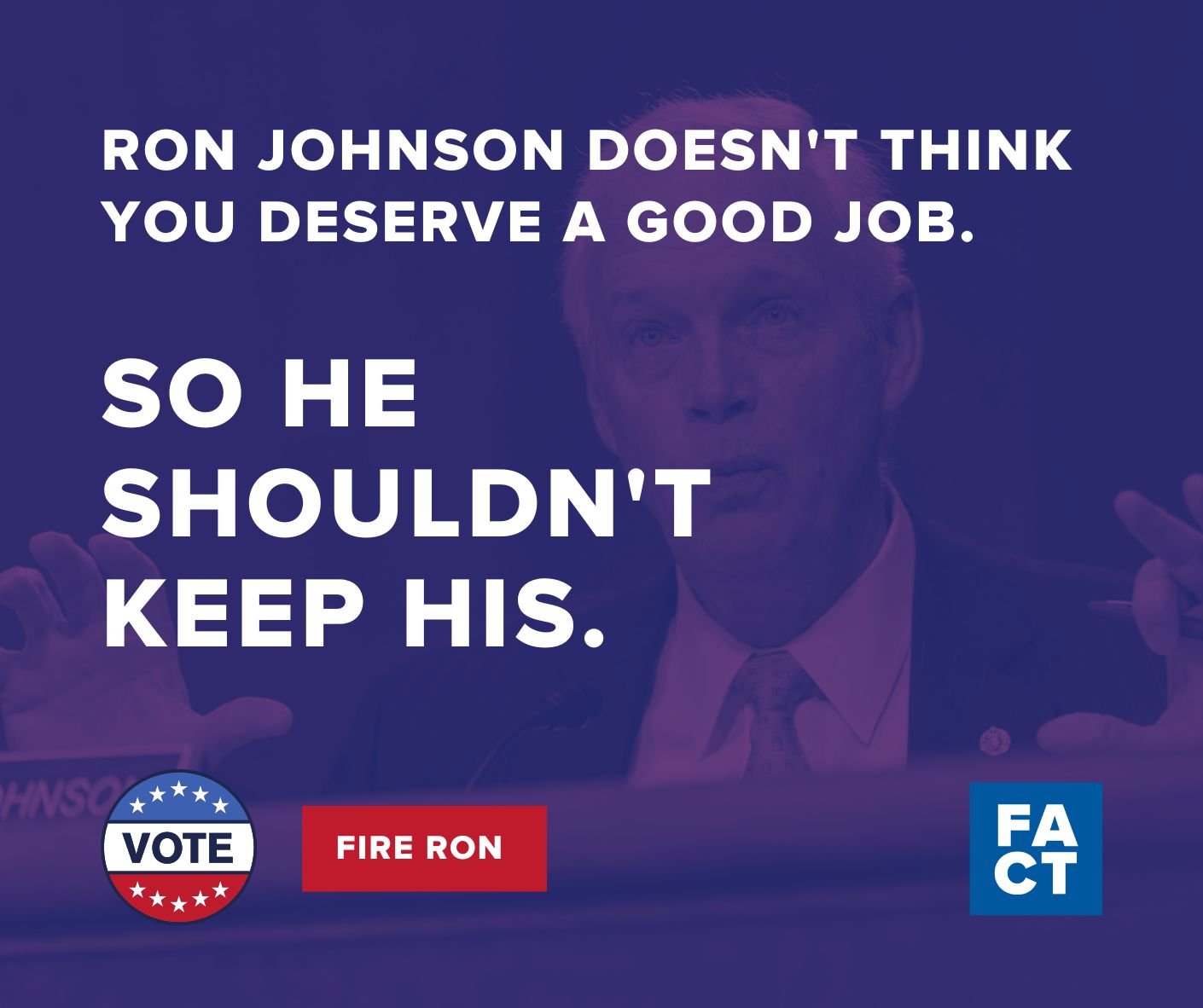 In February, Senator Johnson refused to support efforts to bring Oshkosh Defense to Wisconsin to manufacture the next generation of USPS service trucks.

At the time, Wisconsin Senator Tammy Baldwin, the UAW and the Wisconsin AFL-CIO were working together in an effort to convince Oshkosh to open their new manufacturing facility in Wisconsin.

Had the plant been built in Wisconsin, estimates were that it would have created roughly 1000 well-paying jobs. Instead, Oshkosh moved the jobs out of state, choosing to build the new facility in South Carolina.

In response to inquiries in February about whether he would be supporting the effort to keep jobs in his state, Senator Johnson declined, saying, “It’s not like we don’t have enough jobs here in Wisconsin.”

This was not the last time Senator Johnson expressed the opinion that Wisconsinites don’t need any more high-paying jobs.

In June, Johnson told a constituent that he didn’t think bringing “high-labor content products” and manufacturing jobs back to the U.S. should be a priority.

In response to a question from a resident of Milwaukee who asked whether Johnson would support bringing manufacturing jobs back to Wisconsin, the senator replied, “I don’t think we should bring everything back.”

The Wisconsin resident was concerned that he couldn’t find enough American-made products and instead was forced to shop at “cheap, Chinese-made dollar stores” locally. He wanted to be able to support well-paid American workers.

Johnson’s concern was that big businesses might be forced to pay their workers more if he tried to bring high-value jobs back to Wisconsin.

Ron Johnson is looking out for his big donors, not his constituents. He deserves to be fired.