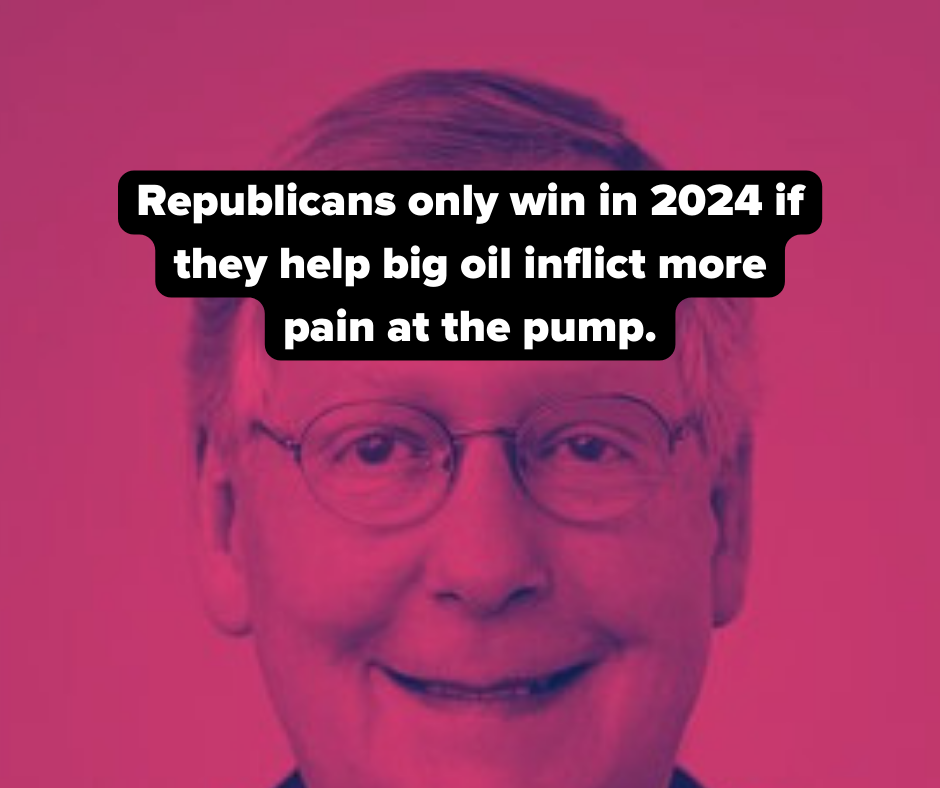 In fact, big oil has already handed out checks for votes to GOP Congressman Ted Budd who is running for Senator for North Carolina; they’ve invested hundreds of thousands of dollars into Senator Marco Rubio’s career, and oil executives are saying publicly that they’re not increasing production because of “investor pressure” not because of government restrictions.

Why do Republicans want gas prices to go up over the next two years?

Big-oil is spending $30 million to elect Republicans this cycle. If gas prices go down, oil profits go down. If gas prices stay up, oil profits stay high… so what’s in it for Republicans? If they can help oil companies continue to squeeze American consumers at the pump for the next two years, they have a better chance at winning the White House. The worst thing for Republicans is for your life to get better at any point over the next two years.

The only way Republicans win in 2024, is if you lose money at the pump for the next two years.

When Democrats in the House wanted to stop oil companies from price-gauging American consumers, every Republican voted against it. Republicans want economic suffering that they can blame on the President.

If Republicans win, you lose.