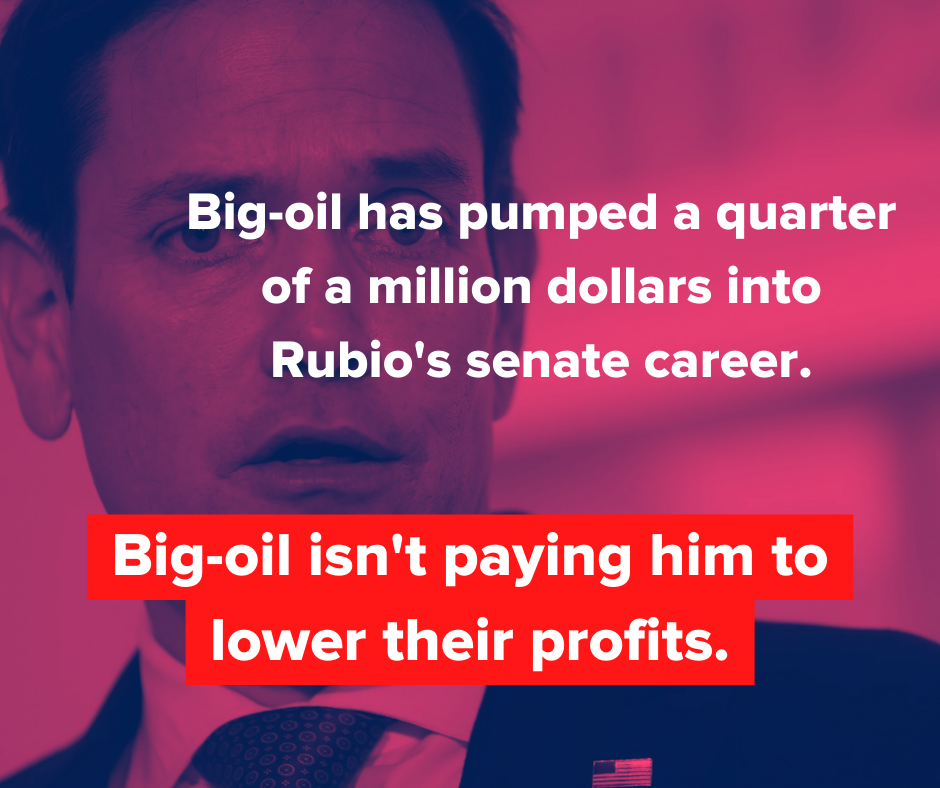 Florida’s Republican Senator Marco Rubio has received over $250,000 in donations from the oil and gas industries since he began his senior Senator seat in 2011.

Oil companies are price gouging and making billions in profits this year. They are not using the record number of drilling permits granted to them by the Biden administration. Instead, they are intent on keeping the supply of oil low to keep the cost of gas high. Five companies, (BP, ExxonMobile, Chevron, London-based Shell, and France’s Total Energies) have earned over $55 billion in profits in this year’s second quarter earnings alone.

As a result of the grotesque greed of the oil companies and rubber stamps from Senator Marco Rubio, they are punishing the poorest and most vulnerable people, while they ignore climate change.