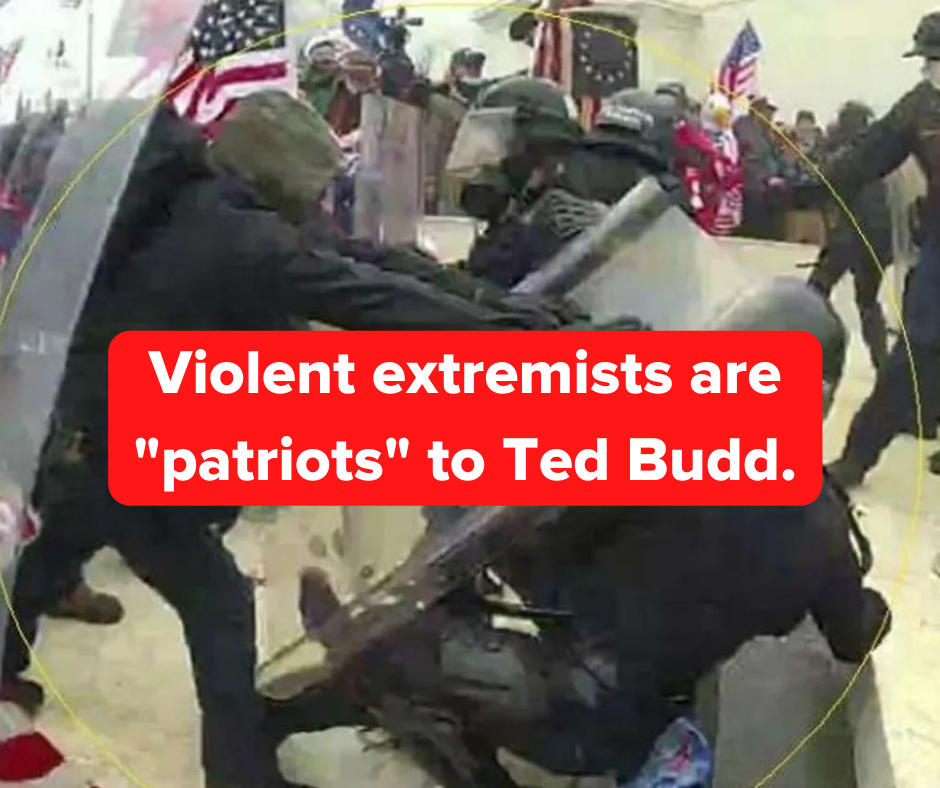 On Todd Starnes’s radio show, Ted Budd said Americans should “take a real look at what happened on Jan. 6,” Budd said. “It was nothing. And it was just patriots standing up.”

Fueled by the lies of Donald Trump, thousands stormed the U.S. Capital to overthrow the election after Biden won by over 10 million more votes than Trump. Ultimately, the January 6th Committee uncovered the many ways that Trump had tried to steal the election after a definitive loss. But on January 6, 2021, the Trump campaign had already failed in over 60 court cases to overthrow the election which is when violent right-wing extremists like the Oath Keepers moved in.

To Ted Budd, these are “patriots.” 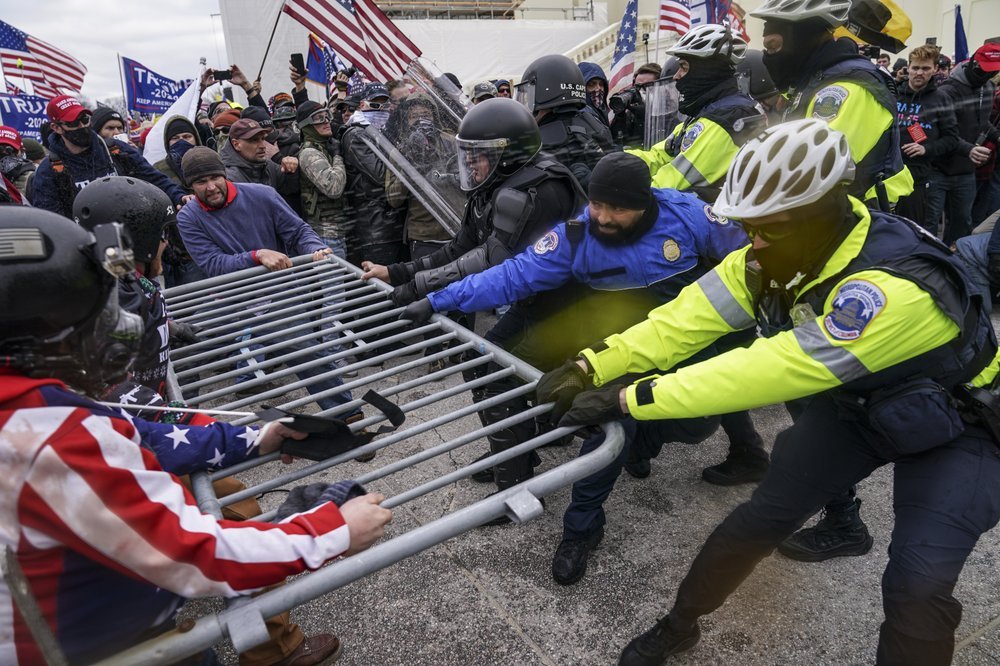 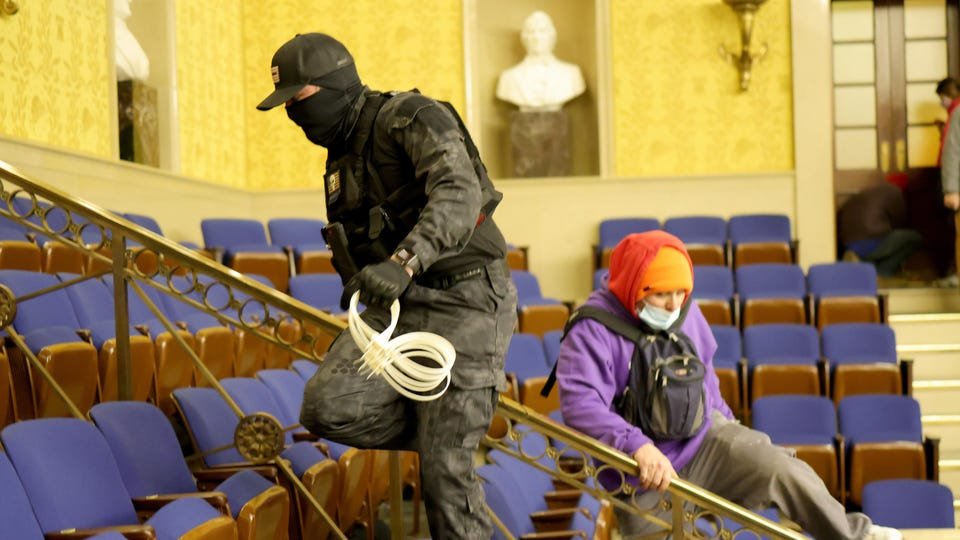 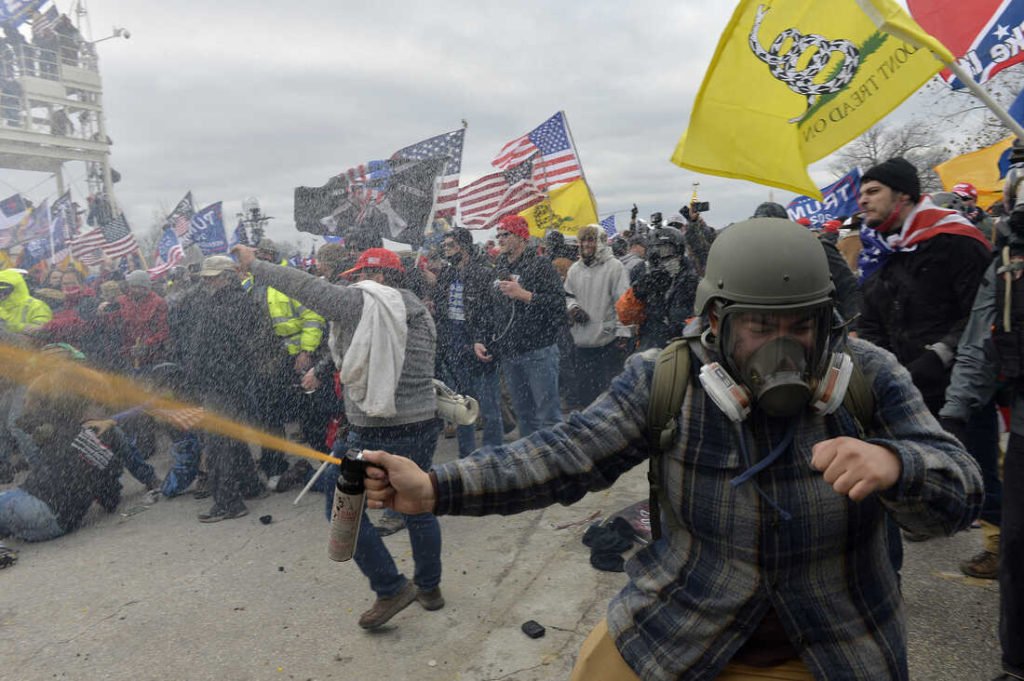 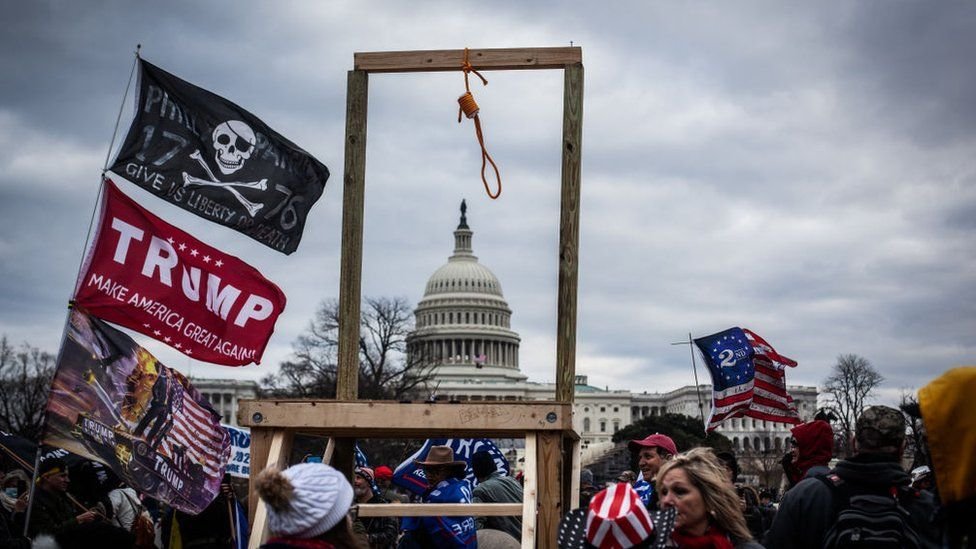 After the violent attack on the capital, Ted Budd, who, like everyone else had been presented with zero evidence of voter fraud, voted to overthrow the will of the people and not certify the election.

Since January 6th, there have been over 900 hundred people charged including 75 people armed with guns, stun guns, knives, batons, baseball bats, axes, and chemical sprays.