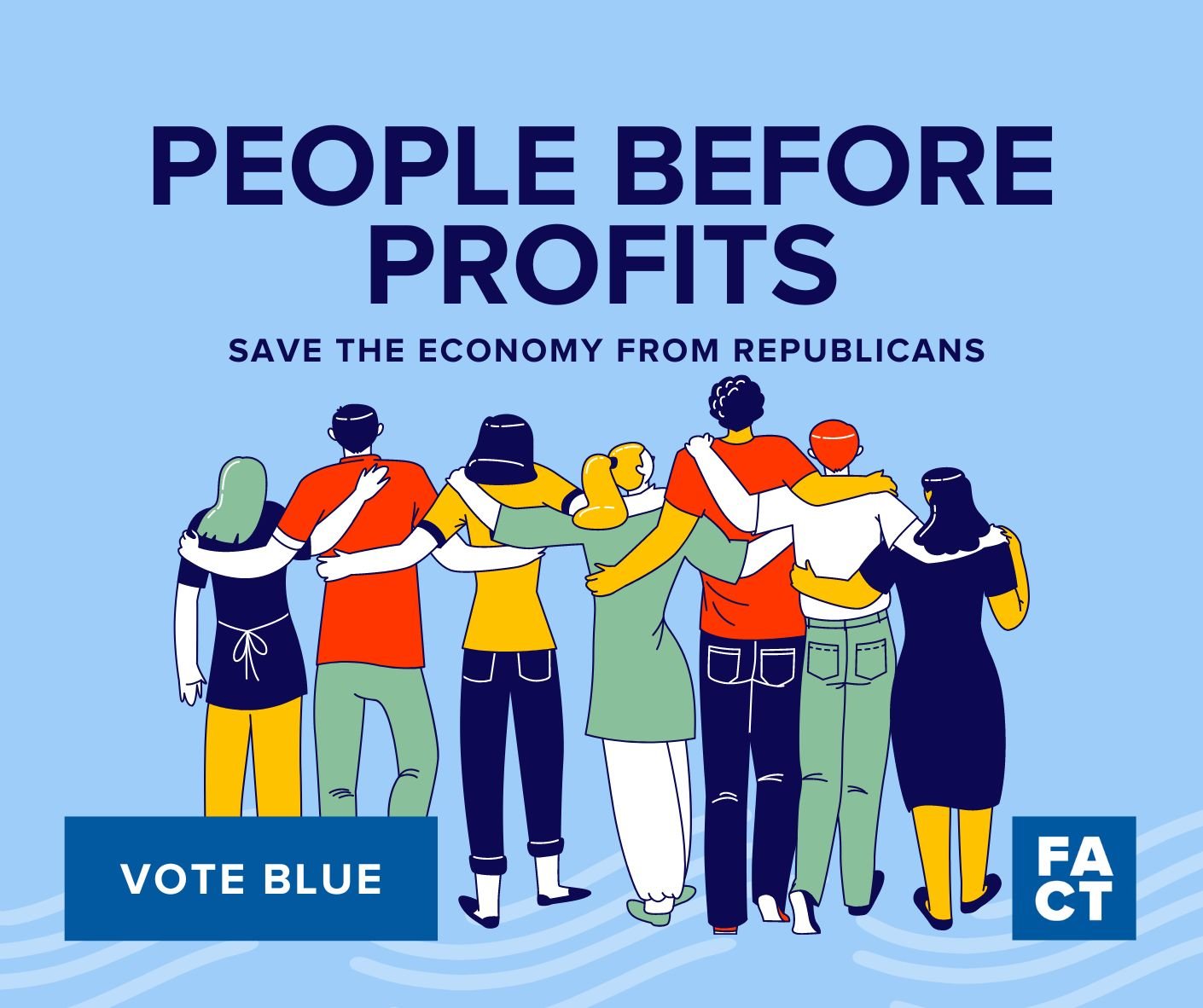 Let’s save the economy from Republicans who want to cut jobs and put more money in the pockets of the largest corporations. @factpacusa Click to Tweet

Republicans have a reputation for being pro-big business, and that is exactly what makes them worse for the American economy. In fact, Republican policies put profits over people, exacerbate inequality and make life harder for all but the richest Americans.

The few policy positions outlined by Republicans hoping to take back congress would only continue this trend. In March, Rick Scott, who chairs the National Republican Senatorial Committee, released an 11-point plan that calls for the elimination of a quarter of the federal workforce. This would put approximately 500,000 people out of work.

Ohio Republican Senate candidate J.D. Vance has called for the elimination of tax credits that are already creating jobs in his own state. Ford, General Motors and LG have already begun implementing plans that would create thousands of jobs in Ohio. Those plans are the direct result of Democratic legislation that requires domestic production of EV components for new vehicles. A repeal of that legislation, as promised by Republicans, would eliminate those jobs.

And, in times of soaring corporate profits, when every House Republican voted against an oil and gas price gouging bill, Republicans’ only “plan” for reducing inflation is lowering taxes on the largest corporations. More than half of every extra dollar Americans are spending due to higher prices is going directly to corporate profits. Giving these giants more money is unlikely to stop the profiteering.

Yes, inflation is affecting everyone’s bottom line. But at least Democrats are backing policies that are targeted at helping people, not big businesses.

Multiple analyses show the economy has performed better under Democrats for the past 70+ years. For the past 13 presidents, beginning with Truman:

Congressional Democrats have plans to save and expand Social Security, expand access to healthcare, enact windfall profit taxes on large corporations and raise the minimum wage. All these policies put people over profits and make the economy work better for everyone.

Let’s finally put an end to the myth that Republicans are better for the economy and save ourselves from their divisive policies.

Urban Milwaukee: Which Party Is Better For The Economy?