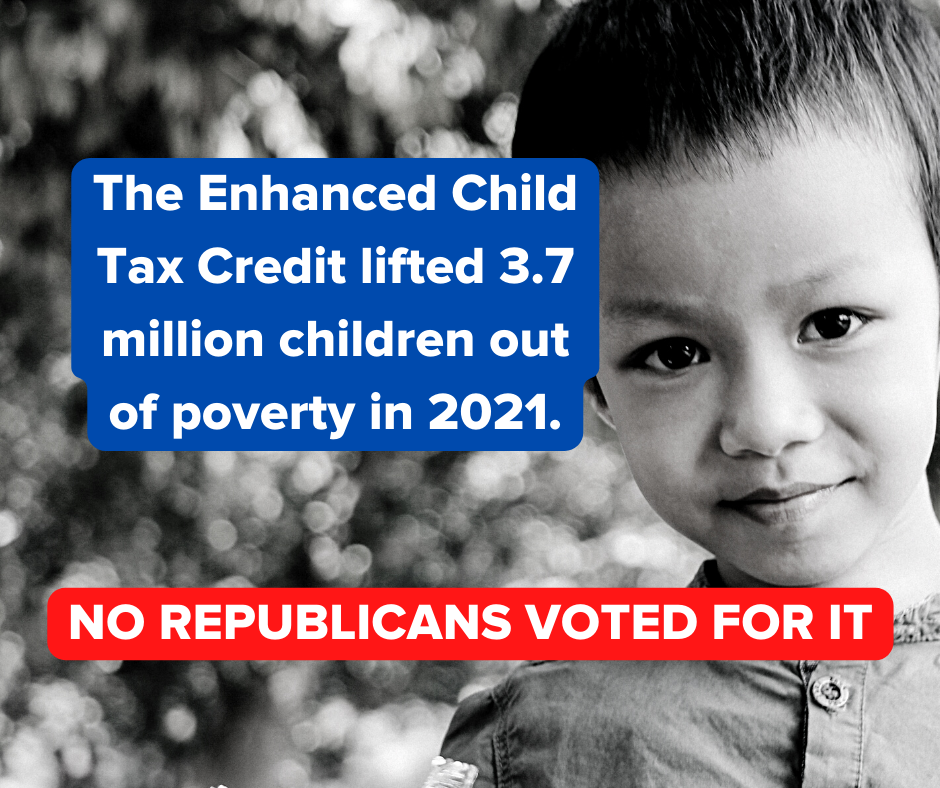 Democrats passed the Enhanced Child Tax Credit in 2021 in the American Rescue Plan. “The measure increased the child tax credit from $2,000 to $3,600 for qualifying children under 6 years old, and $3,000 for other children under 18 years old who qualify,” as reported by The Hill.

In 2021, the program lifted 3.7 million children out of poverty. But when it ended in December, that went away and Republicans in the Senate would not cooperate with the White House to renew it.

The American Rescue Plan was passed on a party-line vote weeks after Biden’s inauguration and received no Republican votes in the Senate.

The Hill: Dozens of Democrats call for action on child tax credit during lame-duck session