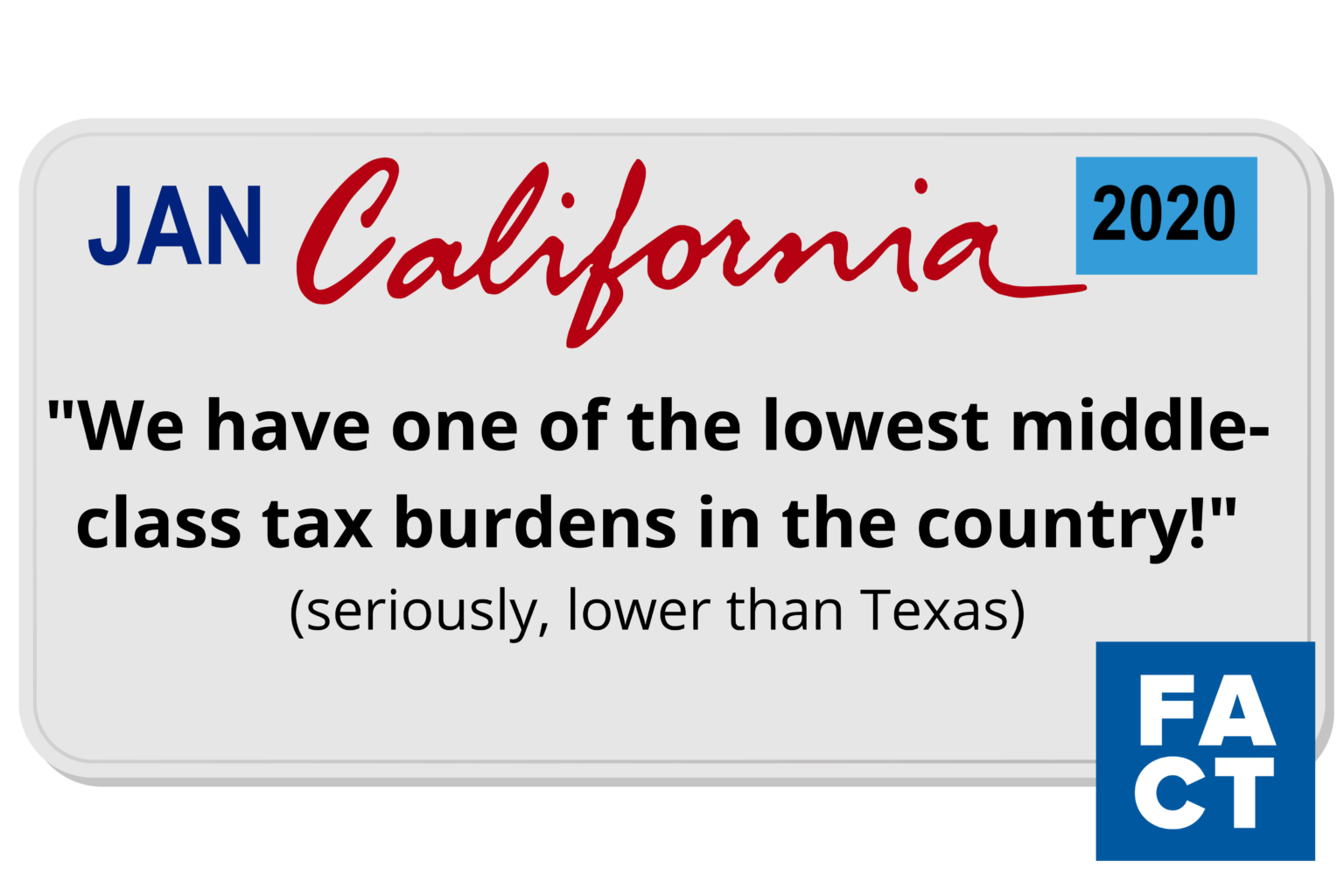 The Republican-backed campaign to recall CA Governor, Gavin Newsom, is bringing with it a whole lot of lies about the Golden State. If you listen to those that are voting to recall the governor or the myriad of candidates like Larry Elder, who are trying to be Newsom’s successor (if the recall is successful), you would think the state is an over-taxed free-for-all entirely populated by homeless heroin users.

California is the 6th most favorable state for middle-class taxpayers.

Kiplinger just completed their “State-by-State Guide to Taxes on Middle-Class Families” and then compiled a list of their 10 most tax-friendly states for middle-class families. While some states don’t have an income tax, all states have taxes. Tax-payers make up the revenue through higher property taxes or sometimes taxes on food (which is exempt in other states.)

Kiplinger takes all of that into consideration when reviewing the actual tax burden for middle-class families and concludes that California is the 6th tax-friendliest state for middle-class earners.

According to Kiplinger, “Although property taxes are sky high in Silicon Valley and certain other parts of the states, property taxes are below average for the state overall. For a $300,000 home in California, the statewide estimated property tax is only $2,187, which is the 16th-lowest amount in the country.

Sales tax is one area where Californians might pay more than residents of other states. The California state sales tax rate is 7.25%, which is the highest state rate in the nation. However, local sales taxes – up to 2.5% – aren’t very high.”

Bloomberg columnist, Justin Fox, wrote an article in May titled, “Wait, California Has Lower Middle-Class Taxes Than Texas?” where he reviewed data from the Institute on Taxation and Economic Policy. In his study, he found that middle-class tax-payers pay about 0.5% more in Texas than in California.

But what about all the reports about California having the highest taxes in the Country? Well, that’s true if you’re in the top 1%.

So if you’re super-wealthy and thinking about moving to Texas, you will save some money. But for the middle-class, the State of California is going to take less of your hard-earned dollars than 44 other states.

“Everyone makes a big deal about California’s 13.3% income tax rate, which is the highest top rate in the nation, but only a small percentage of Californians pay that rate. In fact, with 10 different tax rates, California has a very progressive income tax system. Our middle-income family, for instance, only fell into the state’s 6% tax bracket. That’s not too bad.”

“Wait, California Has Lower Middle-Class Taxes Than Texas? Ultra-high earners can cut their tax bills a lot by moving from a high-tax state to a low-tax one. For most other people, that’s not at all a sure thing.” 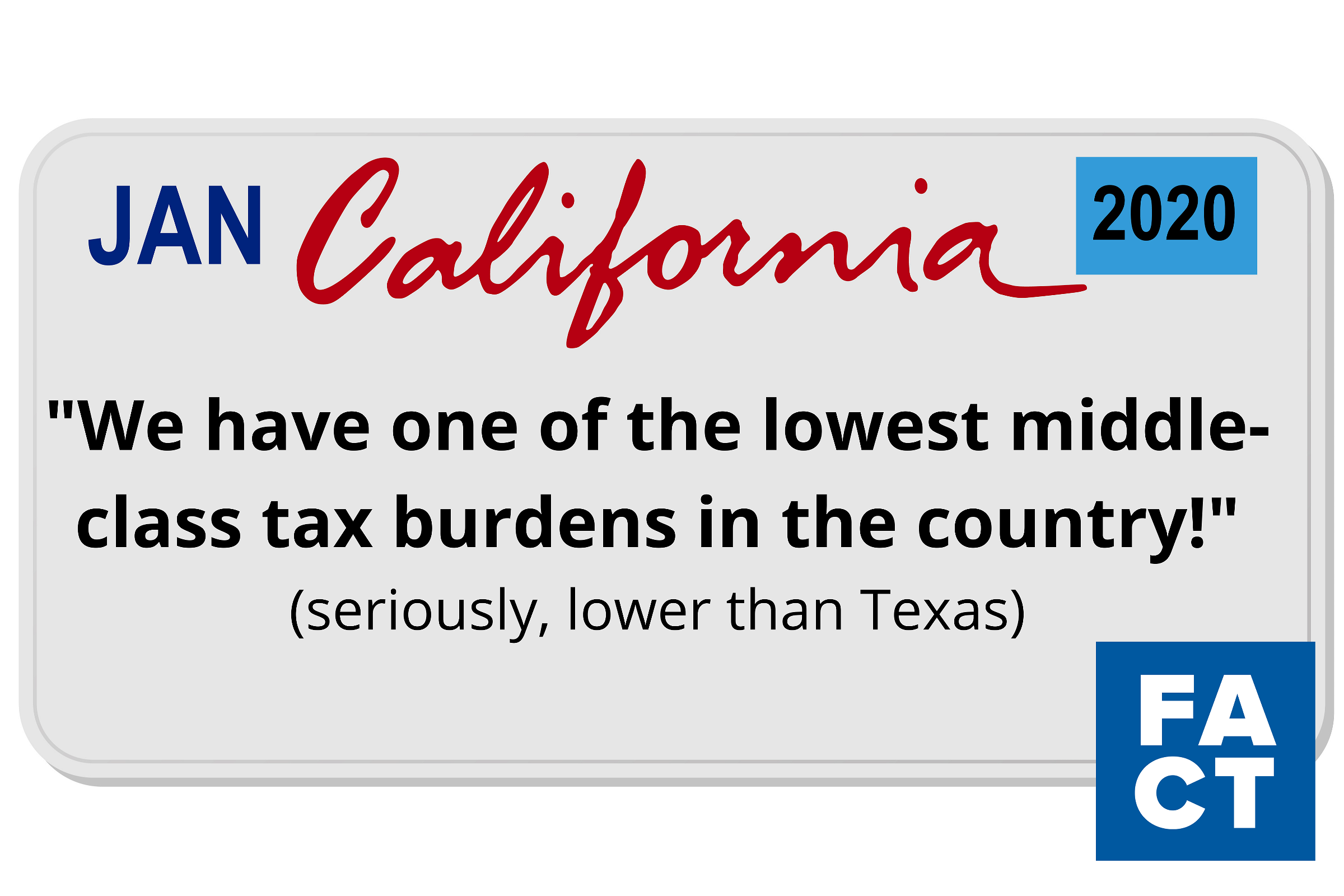