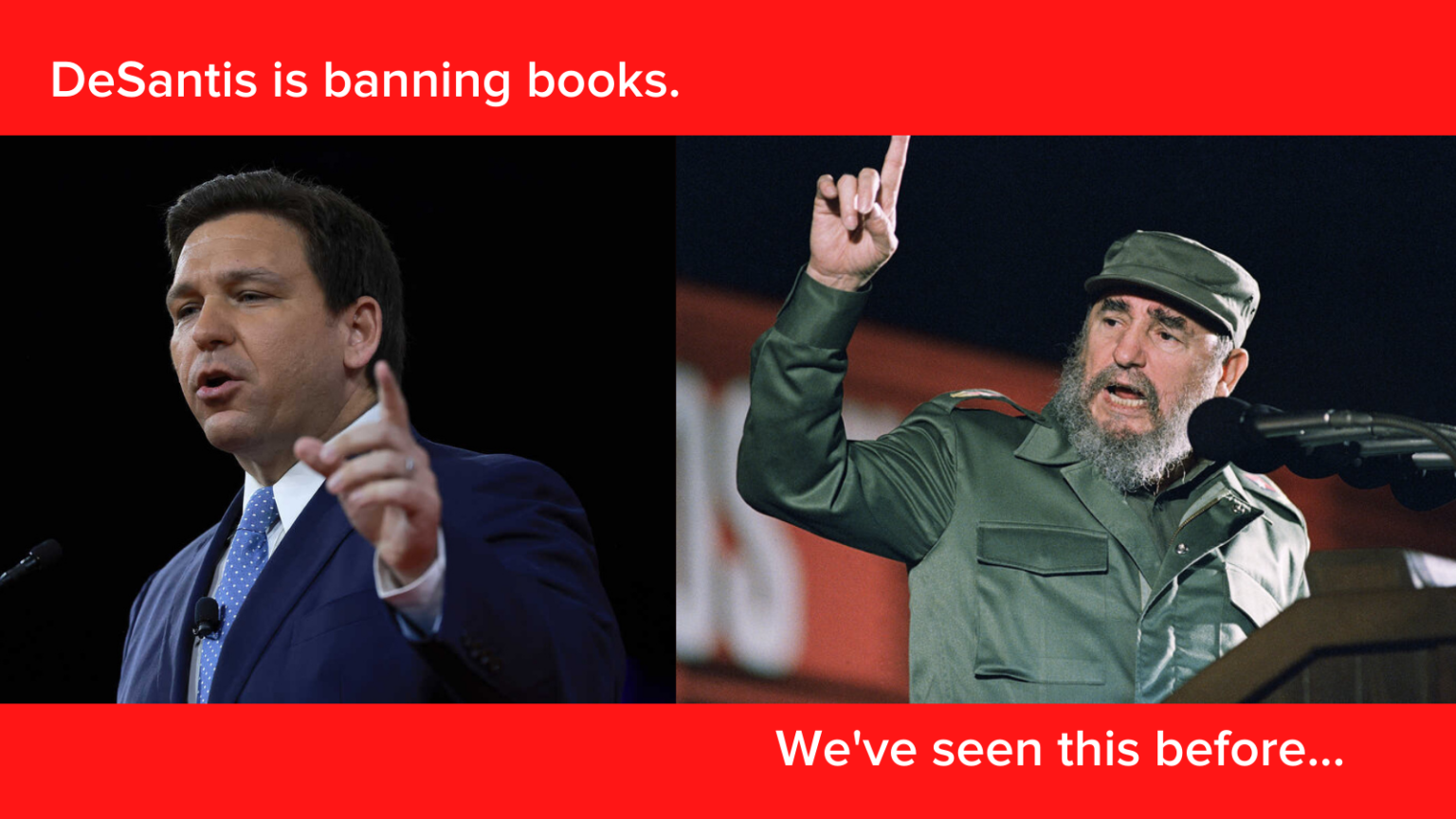 Under Fidel Castro’s regime, books were regularly banned and public access to reading material was curated by the Cuban Government. Do you think that couldn’t happen in the United States? It already has.

Under an executive order from DeSantis, Florida officials have banned 41% of proposed math text books because they claim the books teach “Critical Race Theory.” They provided no examples or evidence of such a claim.

Just this year, Texas banned over 130 books from school libraries.

Ron Desantis talks about freedom, much like Castro did, while single-handedly taking away your freedom to access information and protest.

Desantis even made it legal to hit people with your car if they are protesting. As Vanity Fair reported, “Ron DeSantis signed an “anti-riot bill” into law that, among other things, grants civil immunity to people who decide to drive their cars into protesters who are blocking a road.”

Authoritarians have no place in America. 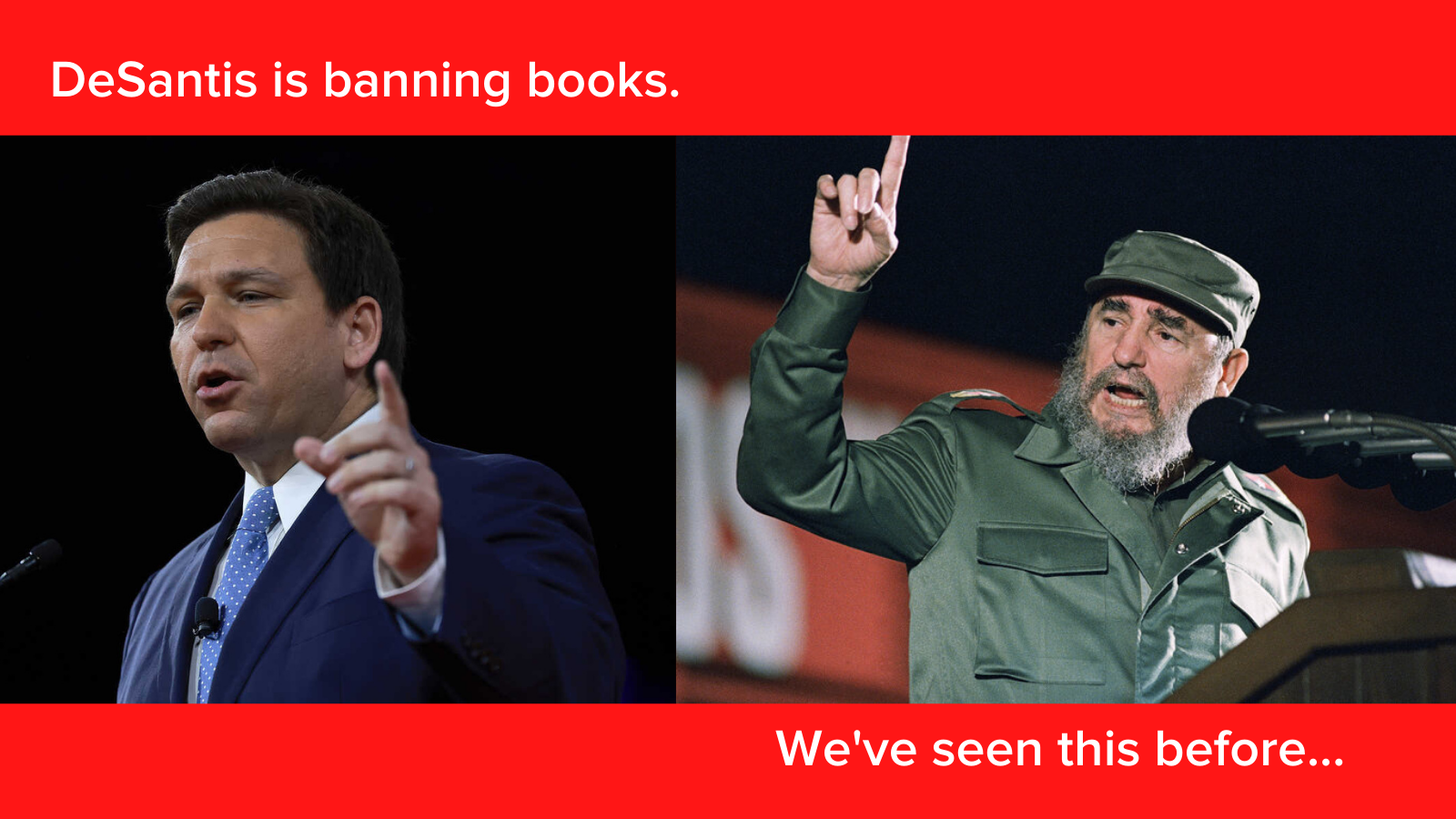