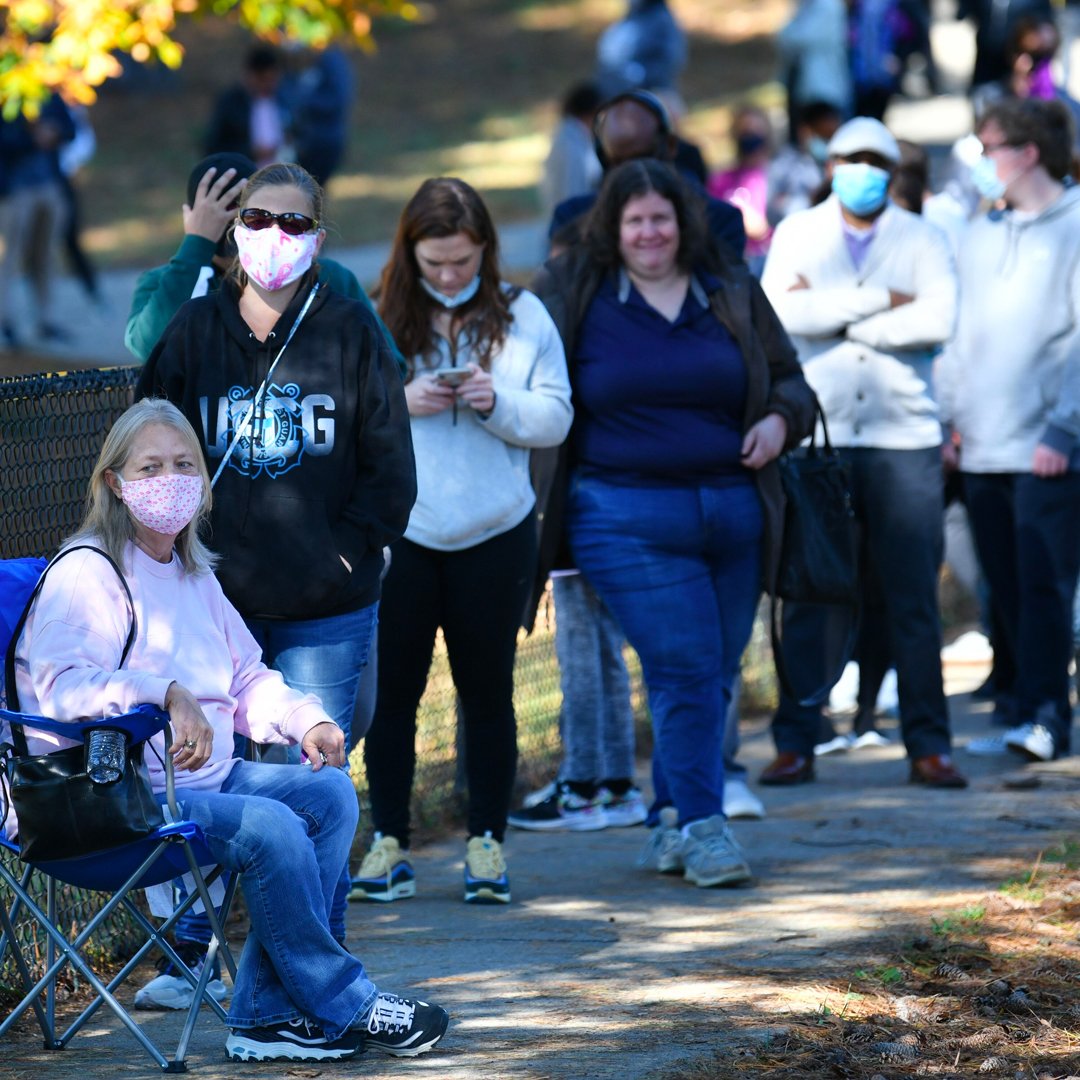 Stories of Americans coming together to support each other by handing out food and water, performing with their bands, or placing restrooms at polling locations to help their fellow citizens weather long lines and cast their ballots are both heartening and terrifying.

Americans historically vote at lower rates than other developed democracies, and renewed enthusiasm for voting is a positive sign for the country moving forward.

But it should not be so difficult to vote. And there are not actually two sides to this coin: one party is actively and flagrantly trying to suppress votes and the other wants as many people to vote as possible. One party wants minority rule while the other wants to be a party for all Americans.

During the 2020 election, Democrats filed lawsuits requesting extensions for counting mail-in ballots to help ensure all votes cast by November 3rd are counted. Republicans, on the other hand, actively fought to prevent 127,000 votes cast in heavily Democratic Harris County, Texas from being counted because they were collected at drive-through dropoff sites.

And Democrats stand ready to expand voting rights if certain Senators will get out of the way.

The House has already passed two important voting rights bills: HR1, the For the People Act and HR4, the Voting Rights Advancement Act.

These bills have already passed. And any Senator who still holds on to the illusion that the GOP — the party that is actively working to make it harder to vote to entrench minority rule — will work with Democrats on a bill that makes voting easier is lying to themselves and living in a fantasy world that does not exist. The only answer to saving the vote and preserving your freedoms is filibuster reform.

The freedom you have to cast your vote to elect leaders who deliver on your priorities, from creating jobs to expanding access to healthcare relies on a fair and expansive vote.

The freedom you feel to live your life, to be able to be with others again, to hug your grandchild, to cash your stimulus check, to say what you want, to express your voice, that’s what they want to take away from you.

A handful of lawmakers want to take away those freedoms so they can rule for the already wealthy and powerful few.

A power structure that intentionally suppresses the votes of any population is no true democracy. Make noise. Do not let them take your vote.