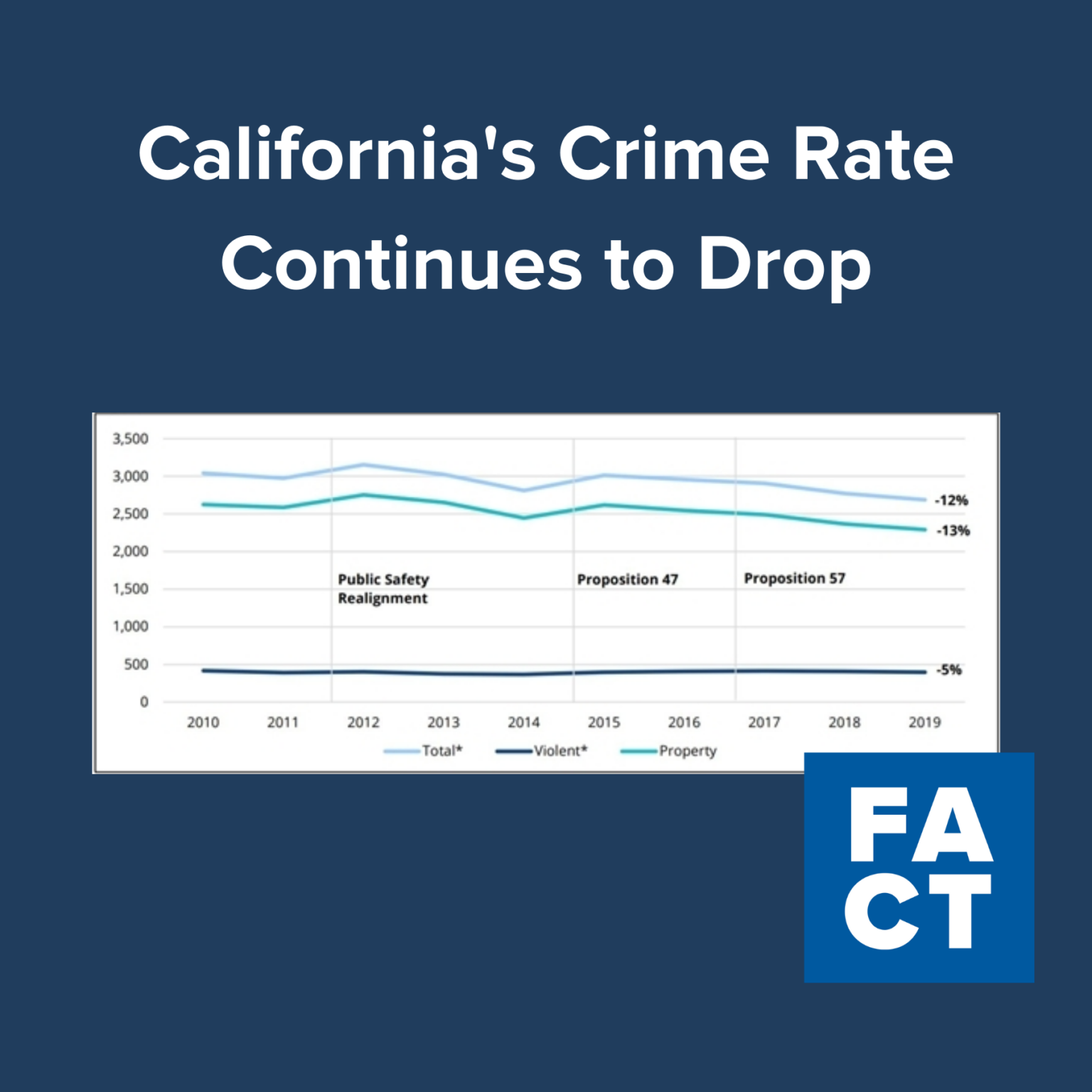 While Republicans continue to try to oust CA Governor, Gavin Newsom, we’re digging into their claims about the state of the Golden State to find the acts.

Today, we look at crime. Claims by Larry Elder and other candidates, paint a picture of California where criminals are running free and nobody is safe. Well, the facts don’t support it.

Did violent crimes increase in California after Newsom was elected?
No. In fact, violent crimes declined almost 3% during the first year of Governor Newsom’s term.

This follows a broader trend of declining crime rates in California.

According to the Center on Juvenile and Criminal Justice, “Statewide crime rates fell by 12 percent from 2010 through 2019, including a one-year decline of 3 percent from 2018 to 2019. Over the past decade, California jurisdictions reported reductions in most major crime types, including burglary (-38%), larceny/theft (-3%), and robbery (-16%).”

Opponents of Newsom like to point out the increase in crime during the pandemic. This was a national trend but in California’s cities with over 100,000 residents, violent crimes actually went down.

The California Law Revision Commission reviewed FBI data to see how crime rates were affected by the Pandemic and compared it with the national average. 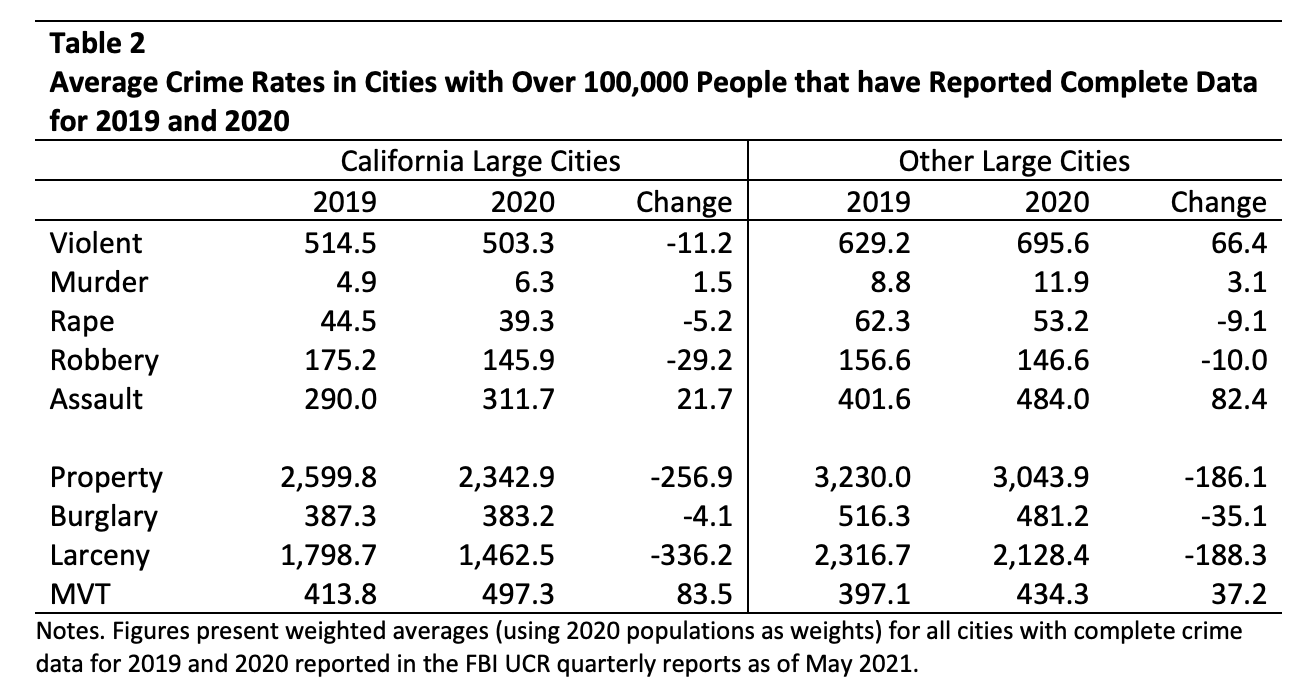 While other cities across the country saw increases between 2019 and 2020, California saw declines in violent crimes, rapes, robberies, and assaults. They also saw declines in property crimes, burglary, and larceny.

What about San Francisco and Los Angeles?

These two cities are common punching bags. So let’s see how they faired during the 2020 lockdowns.

In Los Angeles, America’s second-most populous city, the Los Angeles Times reported an increase in homicides. In fact, that increase takes the city to levels not seen since 2007. But overall crimes in Los Angeles still declined during that period.

The narrative that “crime is out of control” in California is simply not supported by the facts. California’s crime rates are down 40% since their highs in 1992 and while the rest of the country saw rapid increases during the 2020 lockdowns, California cities faired better and saw declining crime rates in most categories among their largest cities.

With a few exceptions such as Los Angeles’ seriously troubling murder rate increases, overall California’s crime numbers are trending down.

“Crime declines accompany a period of transformational criminal justice reform, including the passage of Public Safety Realignment, Prop 47, Prop 57, and Prop 64. Despite initial concerns that these law changes would boost crime, most communities were safer in 2019 than at the start of the decade.”

“The SFPD Crime Dashboard is used to view San Francisco crime data for specified periods. It is available to the general public and users are given the capability to apply filters and compare year-to-year statistics of all Part I crimes.”

“California’s 2019 homicide rate was the lowest since 1966, and rates of violent and property crime in 2019 generally were among the lowest since the 1960s, four experts from UC Berkeley’s California Policy Lab said in a related review focusing on cities with more than 100,000 people.”

From ABC 7/ ABC News affiliate, “While overall crime decreased in Los Angeles during the COVID-19 pandemic, the number of murders increased by 20% this year compared to 2019, according to a report released Monday.” 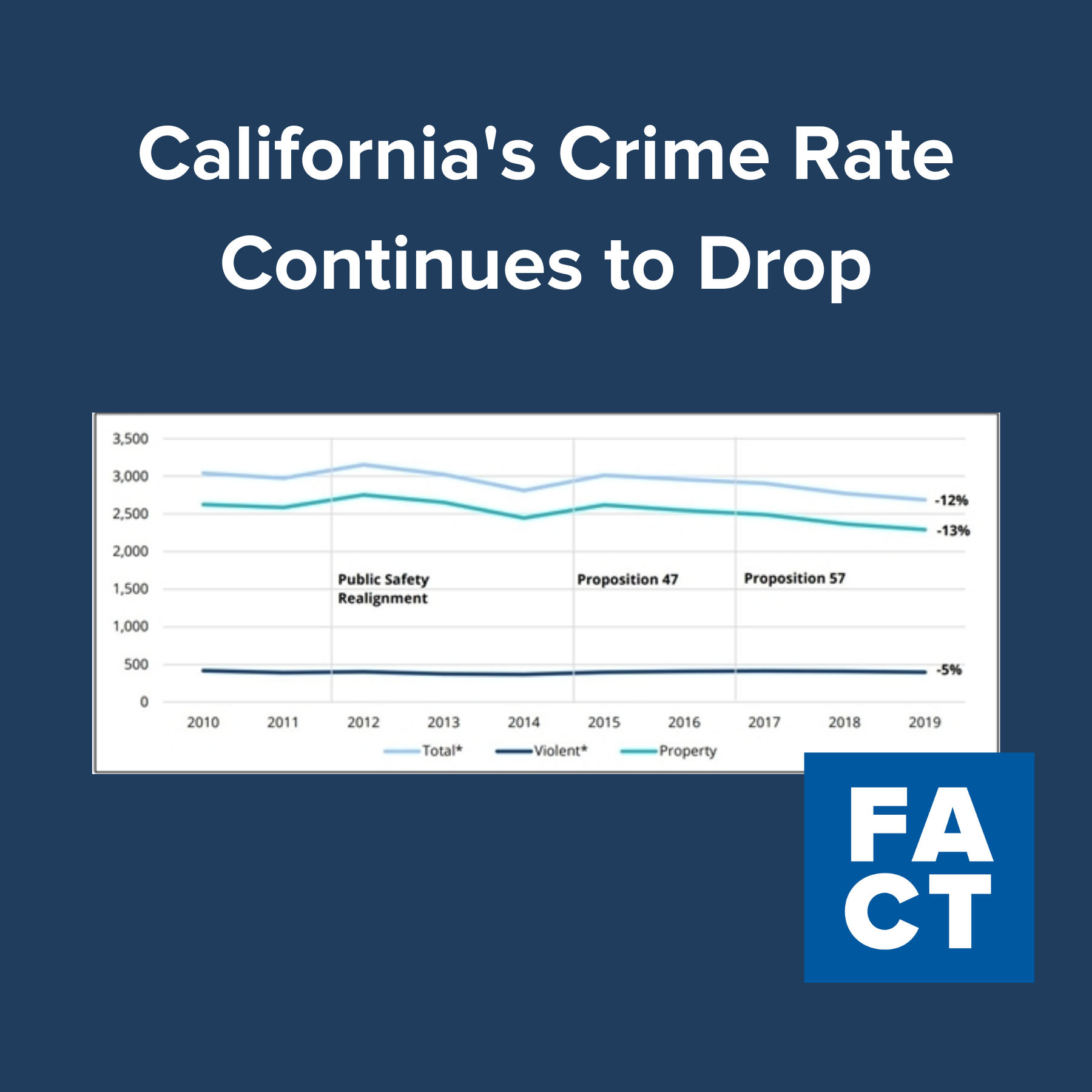