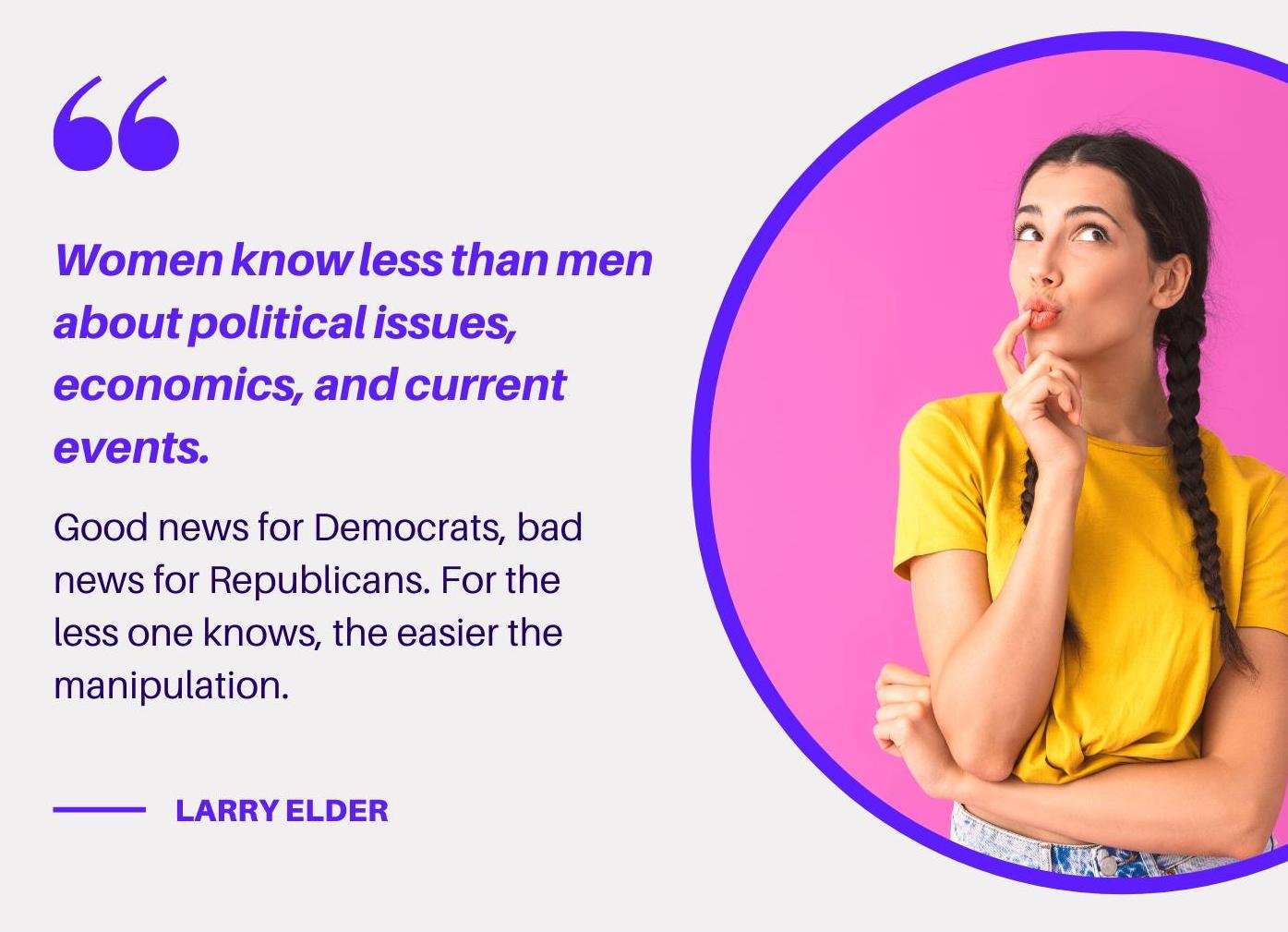 Larry Elder, who is now trying to unseat California Governor, Gavin Newsom, did in fact say that “women knew less than men…” in an article published on May 5, 2000.

The quote comes from an article Larry contributed to the Jewish World Review wherein he said, “Women know less than men about political issues, economics, and current events. Good news for Democrats, bad news for Republicans. For the less one knows, the easier the manipulation.”

He mentions (but does not link to or name) a study conducted in the early 2000’s.

So for women that want healthcare more “affordable” or are upset about “excessive” pharmaceutical profits, Larry’s article suggests that such ill-conceived concerns are just a product of being less informed.

He closes the article with, “It takes a village — of ill-informed voters.”

Conclusion
This is true. Larry Elder indeed wrote and published under his name, “Women know less than men about political issues, economics, and current events.”