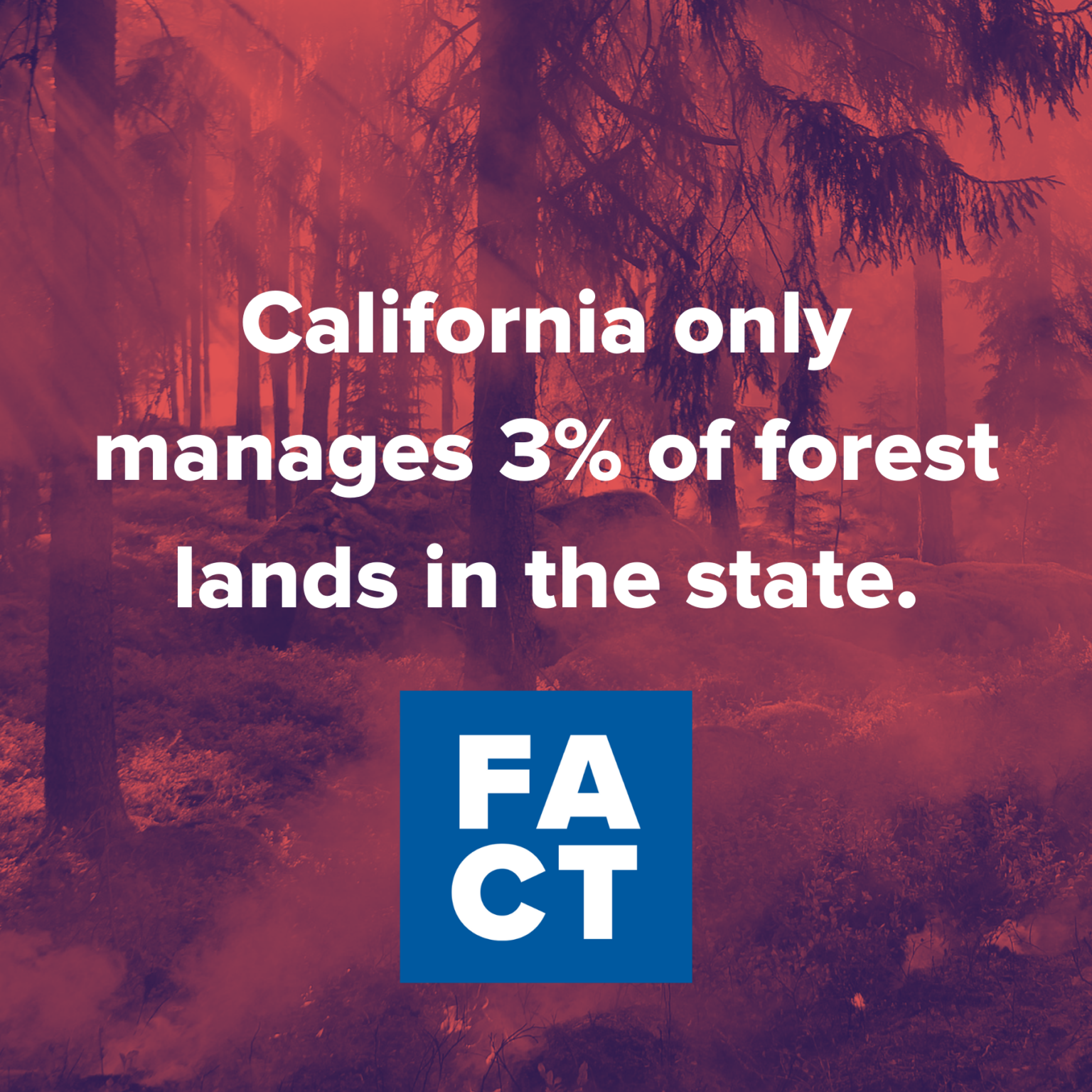 Would a New California Governor Manage Forests Better and Protect the State from Wildfires? @factpacusa Click to Tweet

Nope. State and local authorities only manage 3% of the forest lands within California’s borders.

Obviously, forest management is a serious topic in the state which is currently plagued with drought and wildfires.

The narrative around California mismanaging its forests was a popular talking point from former President Donald Trump.

Politico reported on his remarks from 2020 saying:

“The combination of assigning blame while fires still burn and offering questionable remedies have become as familiar to Californians as the conflagrations that ignite each year. Those fires have spurred a predictable response from the president: blame the Democrat-dominated state and then threaten to punish it by withholding money. He did so as fires burned in 2018, and again in 2019.”

“Maybe we’re just going to have to make them pay for it because they don’t listen to us,” he added.

“I’ve been telling them this now for three years, but they don’t want to listen,” Trump said. “‘The environment, the environment,’ but they have massive fires again.”

Here are facts:
The devastating fires in California are not caused by mismanaged state forests.

The 2018 Carr Fire “…was believed to have been started accidentally by a vehicle towing a dual-axle travel trailer. One of the tires on the trailer blew out, causing the steel rim to scrape along the pavement, generating sparks that ignited dry vegetation along the edge of the highway.”

As you review the Top 20 Fires as Published by CalFire, you will notice a common trend. The spark is often caused by lightning, humans, or power lines which then ignite federally managed land.

How much of California’s forest are managed by state and local authorities?
Just 3% of forests in California are managed by “CalFire, local open space, park, water districts and land trusts.”

Simply “raking the forest” would not prevent wildfires but forest management could mitigate the damage. With climate change, we can expect more wildfire-friendly conditions, Controlled burns, removal of diseased and drought-stricken trees and shrubbery could help prevent fires from spreading or mitigate the destruction that they cause.

But the state is powerless to do anything about forest management since it controls just 3% of its forests.

Plus, forest management is grossly underfunded by Congress and while Trump and Republicans were playing the “us vs. Blue state” game, they were ignoring calls from California Democrats to provide the funding needed for the federal government to properly manage federally controlled forests.

Wildfire policy is a part of President Biden’s infrastructure agenda but until the senate reconciles their bill, it is unclear what the final bill with ultimately do to help California’s forests should it be signed into law.

Conclusion
If you are angry about forest management in California, complain to your congressperson, not your Governor. State and local authorities only manage 3% of the forests in California.

“Of the approximately 33 million acres of forest in California, federal agencies (including the USDA Forest Service and USDI Bureau of Land Management and National Park Service) own and manage 19 million acres (57%). State and local agencies including CalFire, local open space, park and water districts and land trusts own another 3%. 40% of California’s forestland is owned by families, Native American tribes, or companies. Industrial timber companies own 5 million acres (14%). 9 million acres are owned by individuals with nearly 90% of these owners having less than 50 acres of forest land.” 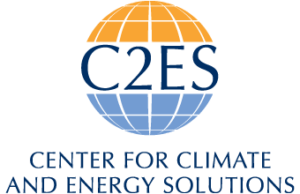 “Climate change has been a key factor in increasing the risk and extent of wildfires in the Western United States. Wildfire risk depends on a number of factors, including temperature, soil moisture, and the presence of trees, shrubs, and other potential fuel.” 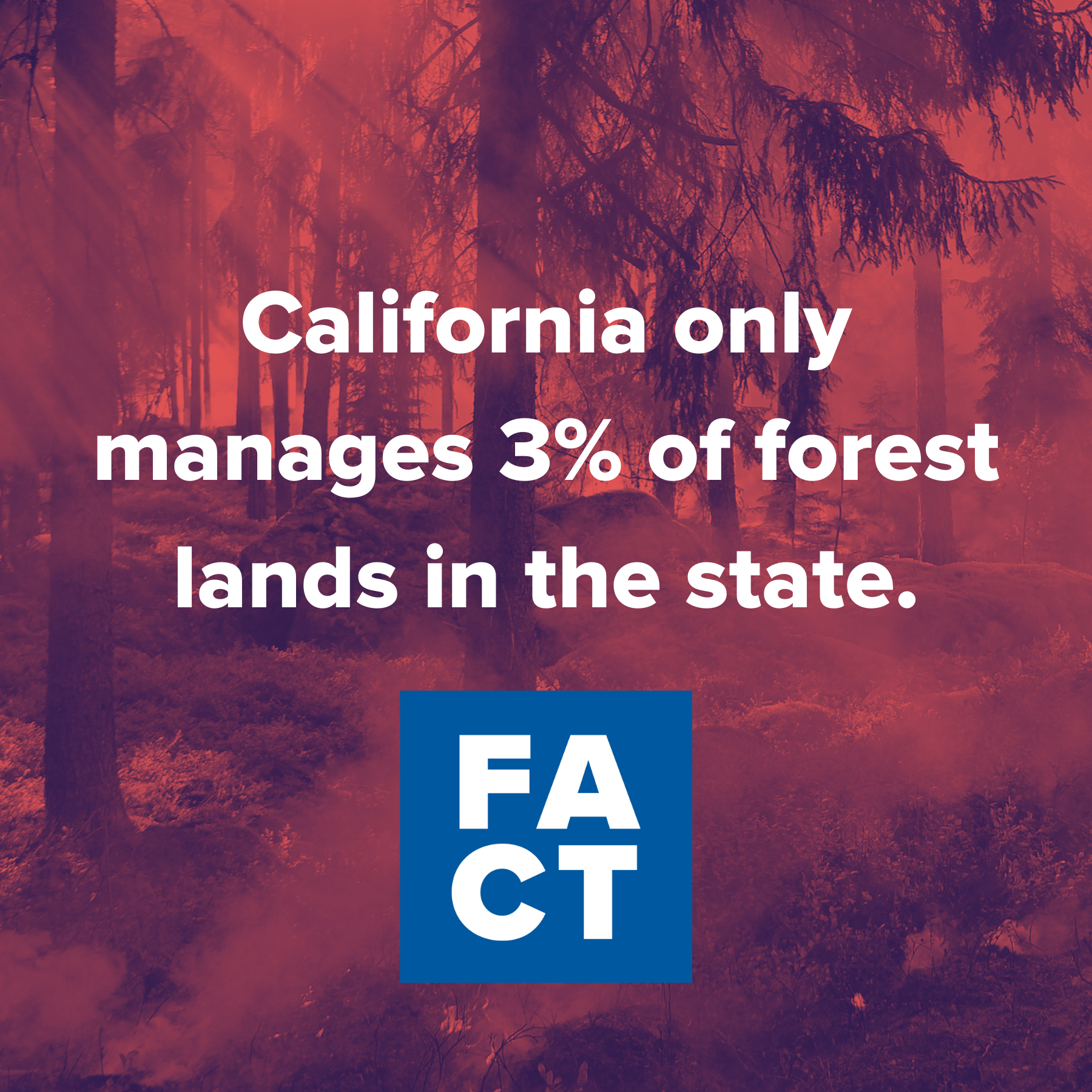